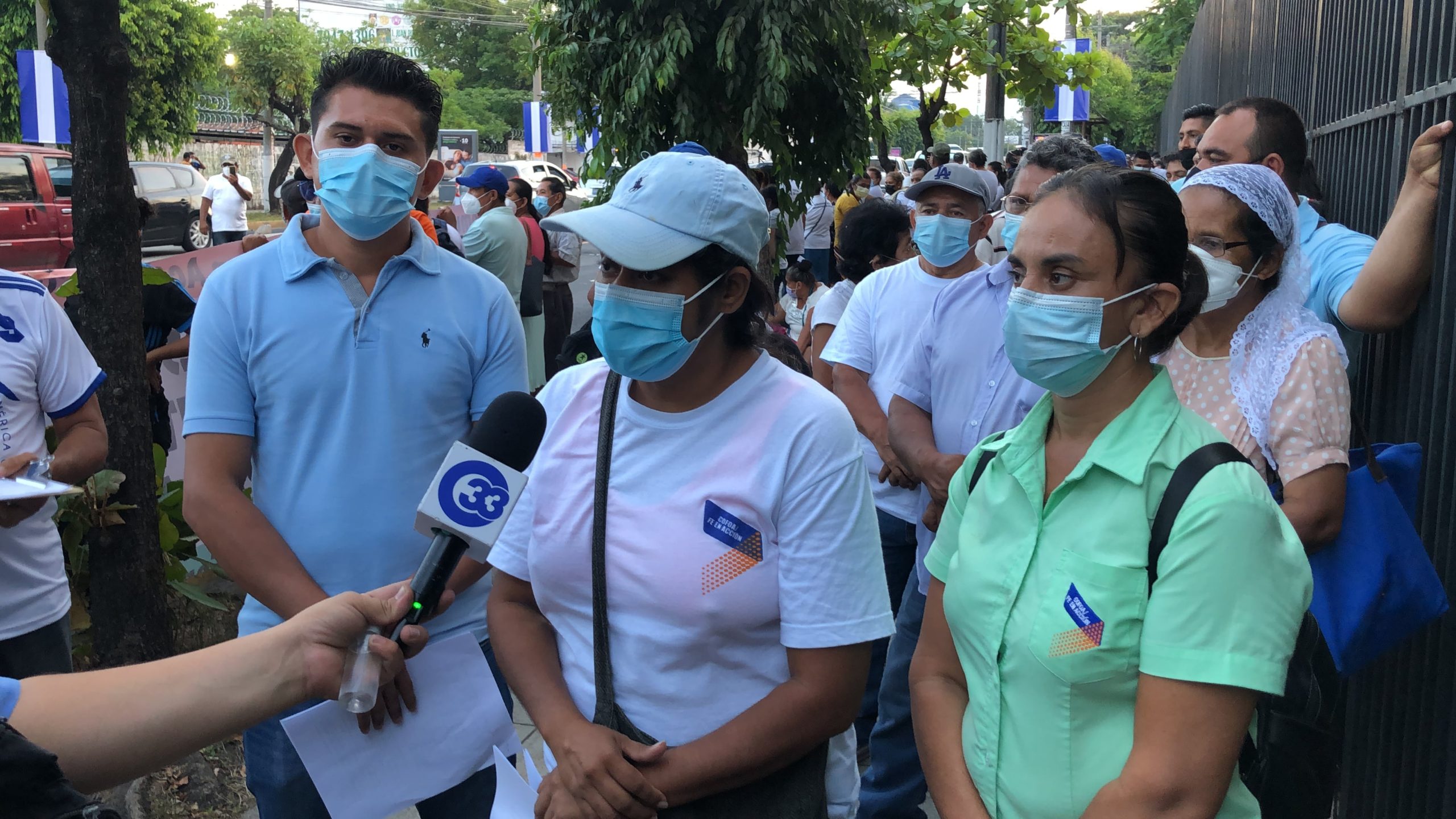 Salvadoran President Bukele and the new Legislative Assembly are responding to COFOA’s RENACER campaign. A new land reform law was introduced after hundreds of COFOA leaders organized demonstrations at the national capitol and regional offices demanding justice for the 350,000 families who have bought and paid for their properties but don’t have a legal deed registered with the government. When leaders learned the law was severely flawed, they drafted their own amendments and showed up again at the National Assembly, only be denied access. Leaders are now planning visits with more than half of the legislators, a demonstration in front of the presidential palace, and other actions to secure justice. Click here to see photos, get more detail and learn how this campaign addresses root causes of migration.

In January, 2021, COFOA leaders presented a set of recommendations to the Committee on Public Works, Housing and Transportation, for consideration by the full National Assembly as it considered updating the law regulating developers and requiring them to take steps to ensure all property titles are properly registered with the national government. The enactment of this national law would make it possible for more than 350,000 families to gain legal title to their homes. Property developers used their influence with legislators to stall this legislation.

In May, Salvadoran President Bukele’s New Ideas Party, having won a large majority, took their seats in the Assembly and COFOA ratchetted up the pressure. Hundreds of people rallied in front of the National Center for Registration offices in the capitol and in five departments. Invited into a quickly called meeting, a team of leaders pressed the head of the registration office to speed up action to resolve land titles. Leaders also met with the Consumer Defense Department with the same demands. In both cases, leaders were told that a new law was required to force developers to comply.

These demonstrations moved Michelle Sol, the Minister of Housing, to introduce a new “Law for Developments and Lots for Housing Use” to the Commission of Public Works, Transportation and Housing. This Committee publicly promised to send the law to the full Assembly for consideration and approval. After considerable work, COFOA leaders learned that this “new” law was really a reintroduction of the old law that held no one accountable. COFOA leaders developed a specific set of amendments and returned to the capitol but were denied access by the Housing Committee.

On June 1, President Bukele gave his state of the nation address, expected to introduce the new law. More than 600 COFOA leaders demonstrated in front of the capitol demanding the new law deliver justice. The president’s address turned into a list of grievances and threats against opposing parties and offered no new legislative agenda.  While many media outlets were present, there was no coverage of COFOA’s demonstration. The National Assembly has set no clear timeline for action

Thousands of COFOA of leaders are signing individual letters that will be delivered to President Bukele asking him to support amended legislation. During the coming weeks, COFOA/RENACER leaders will also continue to meet with the deputies of the departments of La Paz, San Salvador, Cabañas, Cuscatlán, La Libertad, Sonsonate and Chalatenango demanding a just law that will finally make families legal owners of their land.

Background: Poverty has long been a function of landownership in El Salvador and across the globe.  Historically, ownership of land in El Salvador has been highly concentrated in an elite group of wealthy families that control political power in the country. Since the civil war, which lasted from 1979 and 1992 and was fueled by billions of dollars in military aid from the U.S., El Salvador has experienced rapid urban growth and internal migration. Urban growth disrupted social and economic programs and severely taxed the institutional capacity of both central and local governments that were unable to facilitate access to land, basic services, and housing to the majority of the population.

To fill the gaps, residential development companies like ARGOZ developed a model designed for poor families to gain access to a plot of land. This model is best known in El Salvador as “colonias ilegales”, that is, “extra-legal” subdivisions that, up to 1992, were tolerated by government even though they were in non-compliance with existing urban development by-laws and ordinances. Salvadoran law failed to require registration of these properties with the government. While 350,000 families, close to 2 million people, gained access to a piece of urban land, they were left without legal title so that their own homes were not a secure asset. They cannot pass property on to their children or sell or use it as capital for other investments. In addition, developers and government agencies failed to deliver on promises of needed community improvements like roads, schools, water and green spaces.

COFOA first stepped into this breach in a single community as a result of a listening campaign with local residents. The organization is now organizing over 5,000 families from 50 developments in eight departments to demand justice from the government and developers. COFOA leaders demanded steps be taken to properly register deeds for their properties, many of which had been fully paid for up to more than 20 years ago. Some families have begun to receive their land titles, but knowing that people across the country have been defrauded, COFOA launched a national campaign, RENACER (Rebirth) to pass national legislation that would resolve the property rights of all families who are in similar situations across the country.

We have an exciting agenda for this trip, including time with PICO Central America staff…

International: Please vote with our global partners in mind!

Dear Friends, As we move closer to elections in the United States, we ask you…