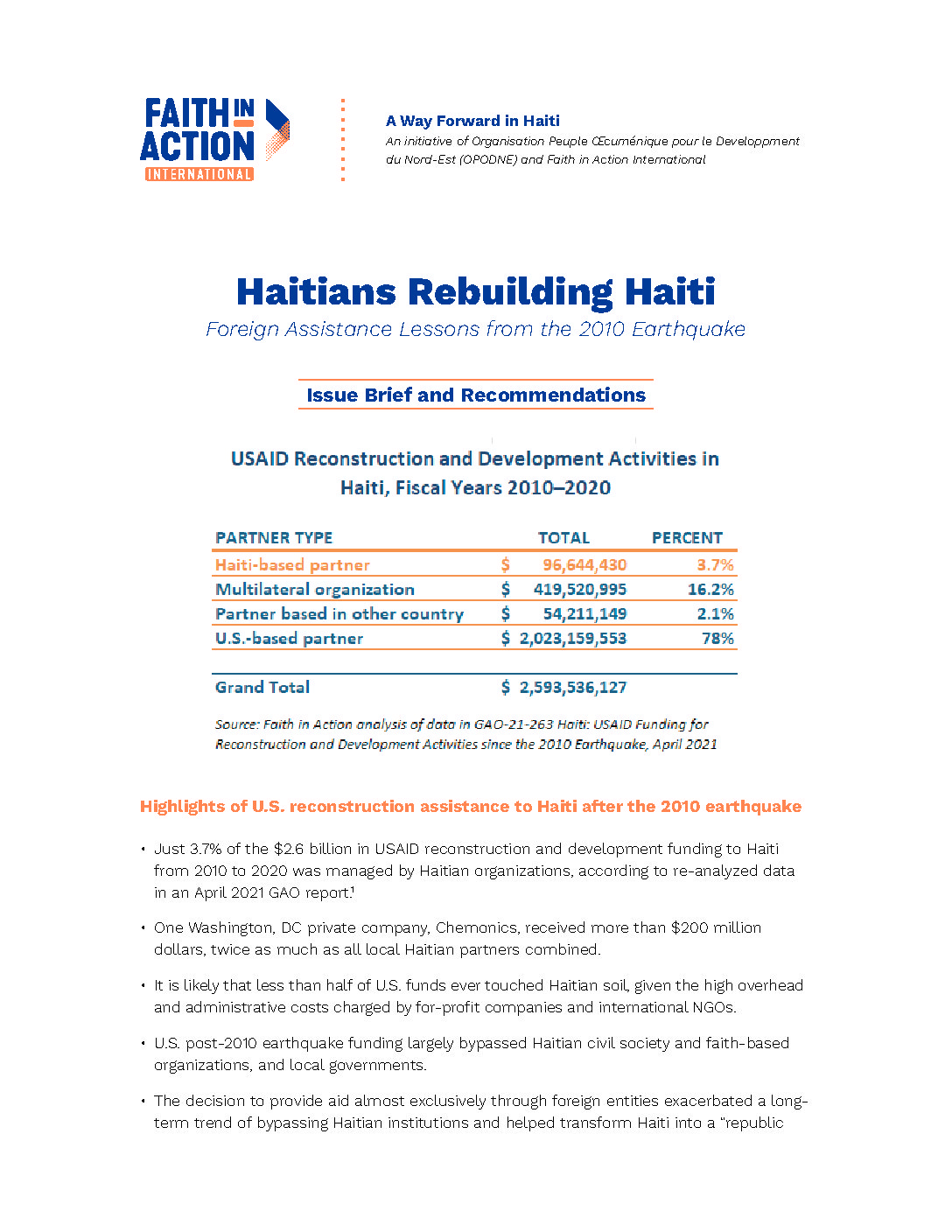 Issue Brief and Recommendations  (View the document in Kreyol here.)

Highlights of U.S. reconstruction assistance to Haiti after the 2010 earthquake

Recommendations for a Haitian-led recovery

Faith in Action is an international movement of people of faith organizing for social change in the United States, Haiti, Central America, Rwanda, and across the globe. Together, we are creating a world in which every person has the housing, food, clean water, health care, education, and security they need to thrive and has a say over the decisions that shape their lives. Since 2014, Faith in Action has supported our affiliate Organisation Peuple Œcuménique pour le Developpment du Nord-Est (OPODNE) in its efforts to transform life in Northeast Haiti by increasing the incomes of small farmers, improving health and living conditions across the department, and creating accountability between local residents and their elected officials.  For more information visit www.faithinactioninternational.org