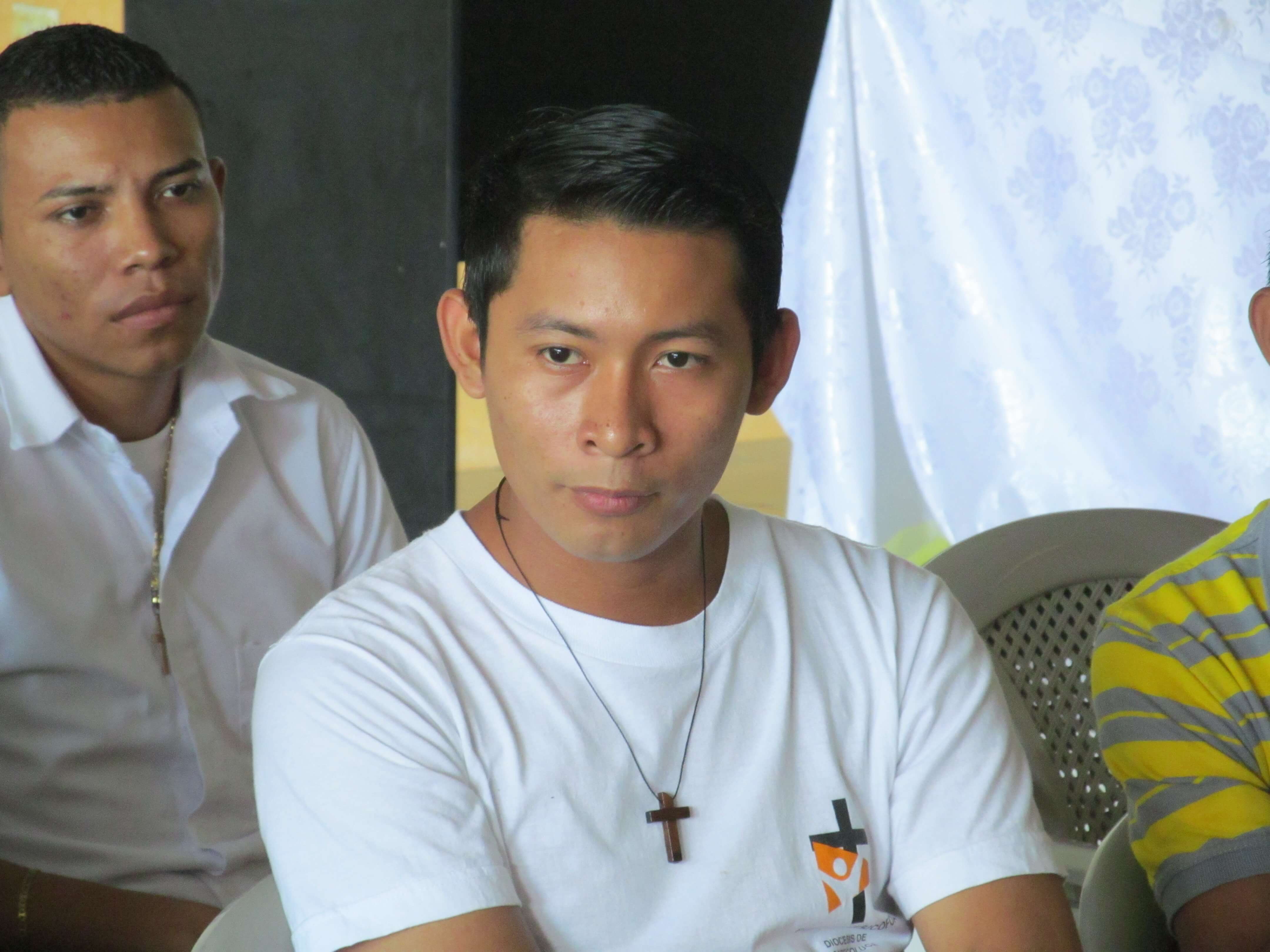 View a slide show -I AM A LEADER: Nestor Manfredy is changing lives in El Salvador

“COFOA training is teaching me to be a better leader. I am putting this learning into practice with my community and my youth group. We are building our confidence to make a difference in our country.” – Nestor Manfredy

In El Salvador, more than 20 people are killed each day, and more than 50% of these deaths are youth ages 15 to 29. It is not easy being a young person in this environment. Root causes of violence – broken family structures, gangs, poverty, unemployment, alcohol, drugs – surround youth everywhere.

Half of the country’s youth live on less than US $1.25 per day. Most only complete six grades out of nine. Although young people account for 30% of the total labor force, they generally make less than $50/month. Young people who abandon the education system for economic activities are increasingly pressured to join gangs and commit crimes.

It is even harder for young people to take leadership and seek change in El Salvador. To do so requires faith and courage. Increasing violence creates a climate of intimidation and fear which prevents youth from participating in social, cultural, and economic development. Going to a meeting in a town or neighborhood different from your own can get you killed. Little wonder why young people feel the need to migrate in hopes of a better future.

Nestor Manfredy is one of sixty young people who decided to make this leap of faith. He and the COFOA youth leaders made the commitment to create a different path for themselves and other young people. After completing the year-long “I Am a Leader” bi-monthly COFOA seminars to learn the skills of faith-based community organizing, they made a plan to use these skills to confront the violence and unemployment plaguing young people across the country.

Nestor and the youth group started by meeting face to face with 600 youth to listen to their concerns and invite them to stand up and speak up for change. Next they met with legislators and mayors to share these concerns. Even though they were not treated with respect by some legislators, they gathered 350 young people in a public meeting to secure a commitment from officials to reduce violence and improve opportunities for jobs. The bright spot of this action was the agreement signed by the Mayor of Zacatecoluca to work with COFOA youth to create employment and recreational opportunities. The youth group will need to exercise more courage to hold the mayor accountable to his promises.

COFOA also works with student leaders from four universities in San Salvador to advocate for changes in drug laws which are real barriers to youth employment. Present law requires young people convicted of simple possession of more than 2 grams of drugs to be sentenced for three to six years in prison. Once released, young people have to get police clearance to apply for a job, which usually delays employment for an additional five years. These laws push young people back to gangs and illegal activity to survive. In addition, while the government of El Salvador has adopted “Plan Seguro” that calls for significant investment in intervention, reinsertion and treatment for young people, in reality it has doubled down on “mano dura”, a hardline suppression strategy that is reputed to involve violence and murders of youth by law enforcement. COFOA is committed to organize so that youth and adult leaders gain the pressure required to force the government to make a real investment in young people.

These youth efforts compliment other COFOA organizing. For the past two years, clergy, adult and youth leaders have led marches in several municipalities to say no to violence. They have established Dialogue and Strategy Tables to build partnerships with public officials, schools and community groups to plan and implement public improvements and create economic and social opportunities. Youth and adult leaders have joined together to organize health fairs to bring free treatment and medicine to low-income residents; win access to dependable, clean water; repair roads, bridges and health clinics; and conduct clean-up campaigns. COFOA works with leadership teams in 20 congregations and communities in the La Paz, San Vicente and Usulutan Departments that have organized thousands of people in self-help and public advocacy efforts

Gerson Lovato who helped organize the health fair in Las Isletas shares the perspective of COFOA leaders. “I learned to be a community leader, always working for the common good; to develop as a person in service of others; to communicate and interact with others one-on-one. I learned that I have the capacity to develop any project I choose to undertake. I also learned about the values ??we hold as human beings and how to implement them. I have put all of this in action, helping to solve the problems affecting our community. In my personal life, I learned to help others without expecting anything in return. “

In these times of economic, environmental and political challenges, we are called to solidarity. Thanks…