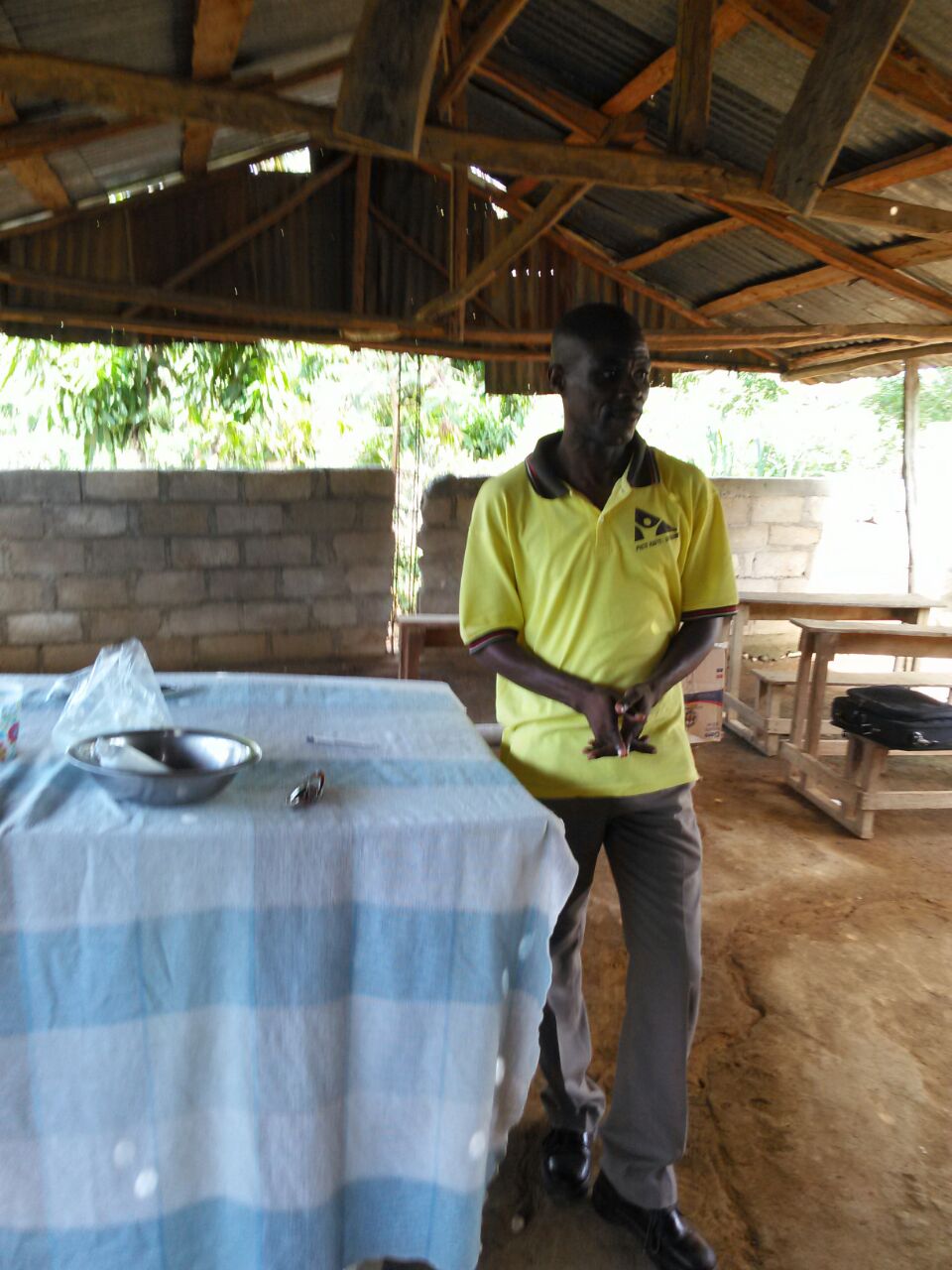 Cholera has already killed more than 10 people in Mombin Crochu. As the OPODNE organizing committee completes planning for the sorghum project being developed in collaboration with the World Bank, they organized an education event to help the community learn about cholera. Information was shared about how to avoid contracting cholera, and chlorine was provided by health specialists to disinfect homes where people have died.

At least 770,000 Haitians have been struck down by cholera since late 2010 — almost 8 percent of the population. More than 9,200 have died. It’s the largest and most explosive cholera epidemic in modern times. The United Nations has admitted the role U.N. peacekeepers played in bringing cholera to Haiti. It remains to be seen what resources they will provide to address this epidemic.

Mombin Crochu is a nearly inaccessible mountain village that is home to about 25,000 people. OPODNE leaders strive to build healthy communities in multiple ways for the 369,000 residents in 15 towns in the Northeast Department.