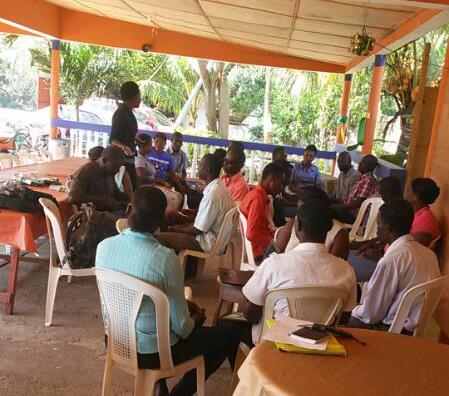 Florcie Tyrell , Chrisne Baptiste, and Fr. Eyma Leclerc-Jacques represented OPODNE at the World Meeting of Popular Movements in Modesto, California in March, which was attended by more than 600 PICO Network colleagues and allies. Inspired by the message of Pope Francis and challenged by Cardinal Turkson and Bishops McElroy and Tobin, these OPODNE leaders took the message of a world-wide struggle to fight marginalization back to hundreds of leaders in the communities they organize in Northeast Haiti. They are deeply committed to write a new story for their own people.

The people of Haiti have withstood two hundred years of economic and political oppression. Thousands have sought liberation for poverty and environmental disasters in the United States. They wonder if the Trump administration will send them back along with millions of other immigrants. They wonder if, like many people with African roots, they will be marginalized and scapegoated. The World Meeting united people across borders to proclaim a common fight against this oppression. We pray this solidarity is not a fleeting moment but a transformative strategy.

Presently, women are manufacturing about 2000 tiles per month with back breaking labor. They dig…

Specioza, along with three other Mumeya leaders – Ezra, Poline and Damascent, were recently elected…