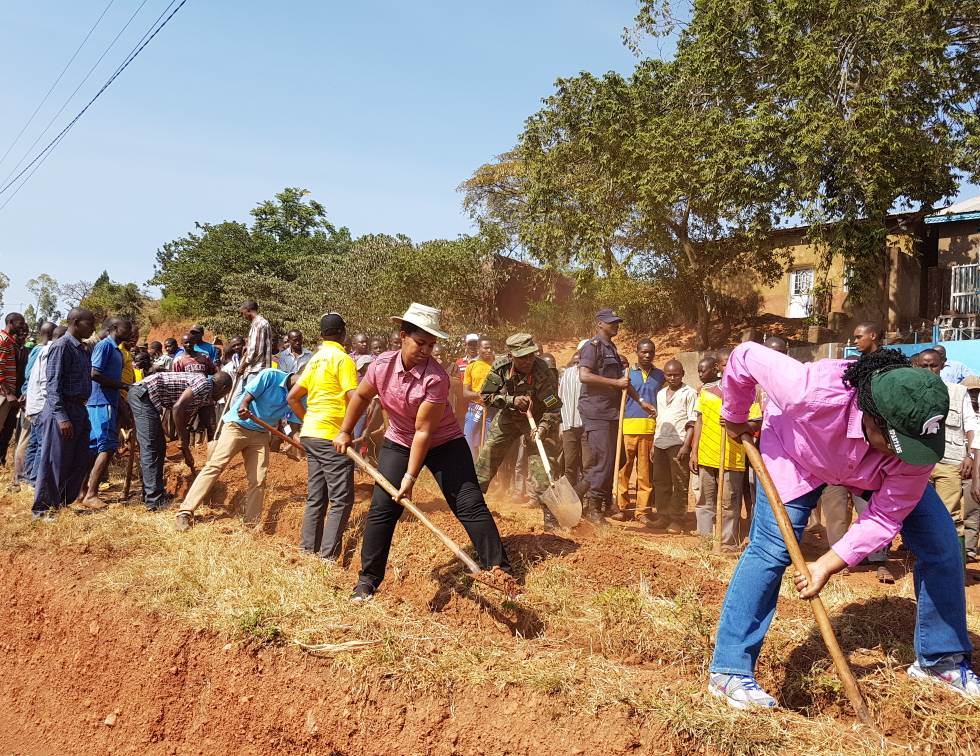 In June, the Rusumo community was presented the 2017 National Umuganda Award, recognizing their success in building the “Doc Taggart” Health Clinic in just eight months. Along with the trophy, they were presented a check for $1800 which the community dedicated to bring water to the clinic. The Minister of Local Government, the Mayor of Kirehe, and the Governor of the Eastern Province all joined the community in digging the trench to bring water. The Minister thanked the Rusumo community for demonstrating power that enabled them to shape their own destinies. She said, “the partnership that pooled internal resources with financial support enabled the community to achieve its goal. Women and children who are the hardest hit by the lack of medical facilities in the area will benefit from this clinic. The impact has been seen from day one when the clinic was officially opened by the district and  American friends who supported you.”  Congratulations Rusumo PICO-Rwanda leaders!

A Special Thank You to John Sobrato!

We are especially grateful to John A. Sobrato who provided a generous matching donation of…