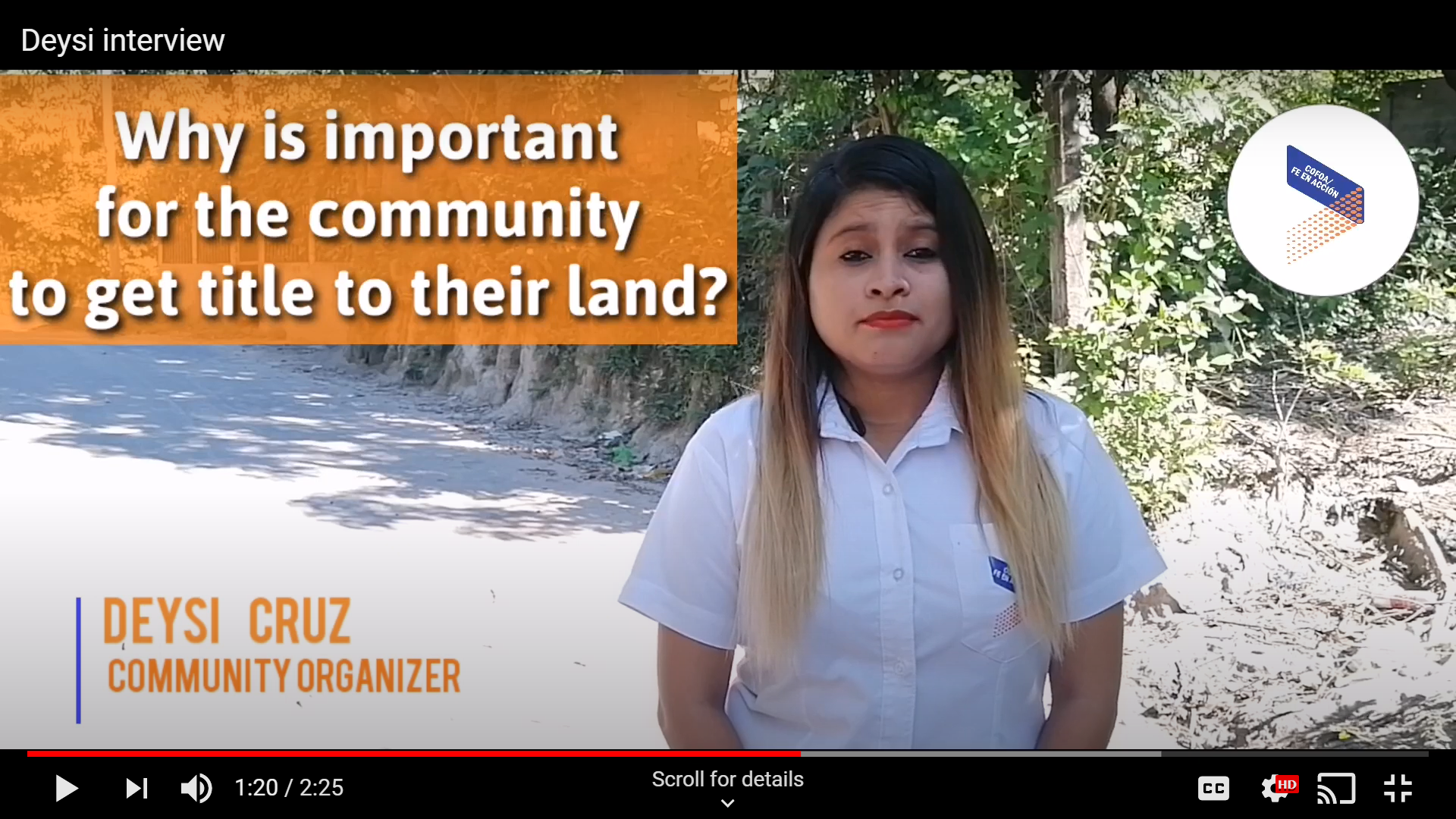 When Deisy Cruz first got involved in improving her community, she began asking her neighbors what they wanted to see change. She heard about paving dirt streets, clean water and green spaces for children. When she dug deeper people told her they wanted titles to their land.

Deisy and her neighbors learned that the corporation that originally divided up the land on which they lived had not only failed to hand over titles after people paid off their debts but also reneged on promises to transfer public spaces to the community. The developers made their profit but left the community in limbo, without access to water, playgrounds and paved streets.

Deisy’s community received help from people in a neighboring area who had campaigned to win their own land titles. They were supported by Communities of Faith Organized for Action (COFOA), a grassroots multi-faith organization which helped them conduct research, prepare for meetings with legislators, and keep their local volunteer teams going.

This fall, COFOA launched RENACER (REBIRTH), a campaign to pass national legislation that would provide titles to all 350,000 Salvadoran families who’ve been cheated out of their land. Daisy and other grassroots leaders are taking on some of the biggest economic interests in their country, but they have determination forged from their local successes.

After more than a year of meetings and protest, COFOA leaders from La Galilea witnessed…