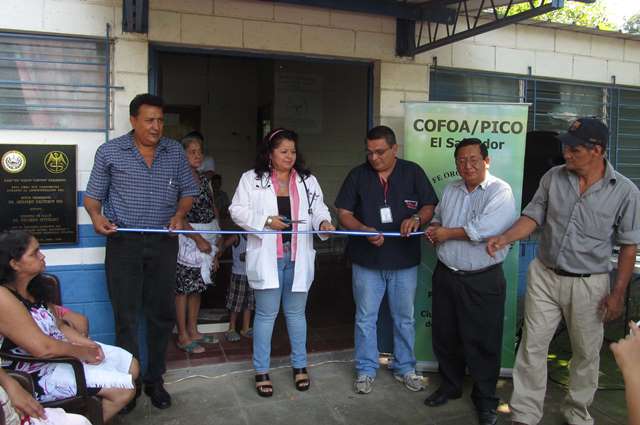 “Casa de Salud”, the clinic built to serve the 600 families in Barahona and the surrounding villages was re-opened after being closed for more than ten years. This victory came after several months of negotiations with public officials. Catholic Bishop Elias Bolaños blessed the clinic and gave thanks for everyone involved, “I would like to thank the Mayor and the Ministry of Health. Thanks also to the community as a whole and especially to those who made this possible. This is a result of our effort as COFOA seeking the welfare of the entire community.”

Dr. Aminta Pérez, local health director commented, “I congratulate the community on your organization. This has been achieved because you organized your community.” More than 100 residents from the different villages received medical consultations and 50 received medical attention. She committed to send a doctor once a week to continue this service. Mayor Carol Ramos confirmed the promise to keep the clinic open with the continued help of the community.

Building a Bridge to Dignity

For years, rural communities of the lower Lempa River Valley were isolated during the rainy…

Leaders from Pastores City, Guatemala, are taking action to reduce crime and violence. They held…