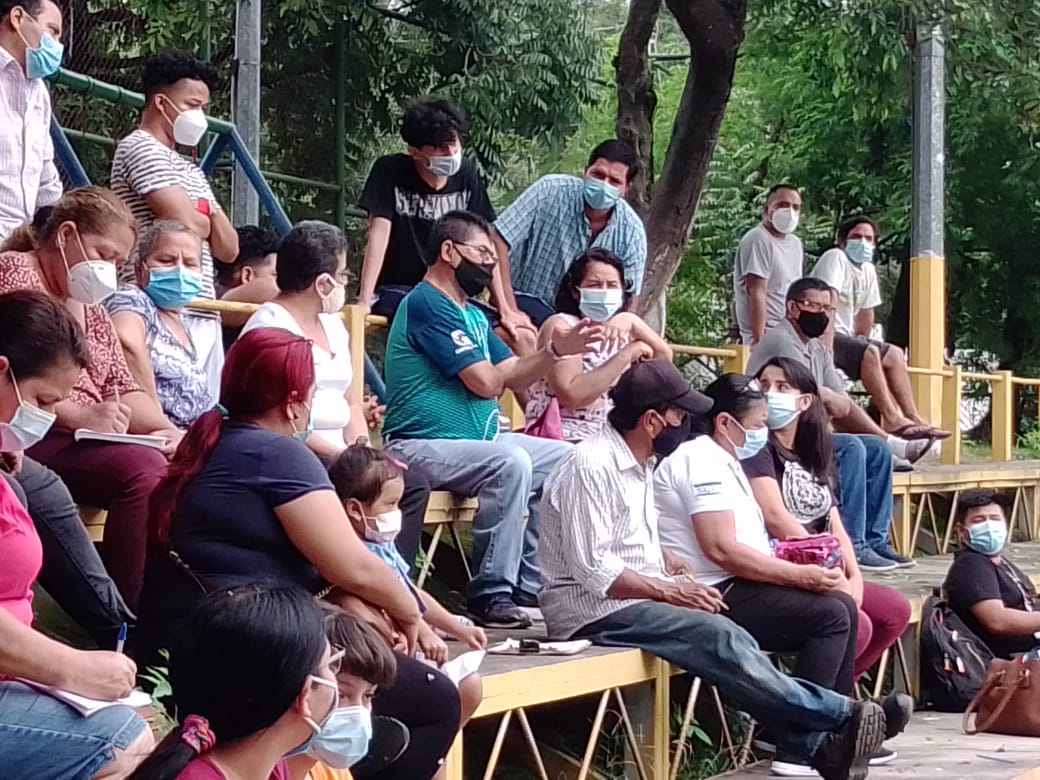 “Thanks to COFOA, I have learned to defend myself. It has not been easy but we are learning to fight for our rights. When we name a problem, we unite in finding a solution.” – Isabel Zavala, San Luis Talpa leader

In El Salvador, elections for local mayors and national legislators will take place in February. COFOA now has a presence in six of the fourteen departments and plans to press candidates in these local arenas for their support of water and land reform issues. COFOA is mounting a national land reform campaign called RENACER (Reborn) to assist thousands of families defrauded by development companies to secure legal title to their homes (#mypropertymyhome). These companies not only failed to register the deeds with the national government, they also failed to complete promised roads, parks and other improvements. Without clear titles, families cannot take out loans or pass property on to their children. There are an estimated 600 developments in El Salvador with this issue.  Locally, communities are meeting with mayors who are responsible for local development oversight. Nationally, COFOA is pressing for legislation to close the loop hole in the existing law.

Because COFOA leaders in Soyapango waged a successful year-long campaign to press their mayor and the national water company to open a capped well, thousands of families in Conacaste have water for the first time in twenty years. While five local communities in Soyapango and San Juan Opico have secured access to clean water, COFOA leaders know too many communities do not. To build community buy-in, leaders are conducting door-to-door censuses. Water access is emerging as a top priority for many of the communities in six departments where they organize.

While COFOA’s is building the power to hold government officials accountable to address the needs of their people in El Salvador that drives migration, we in the United States can be their allies by electing officials committed to making sure millions in foreign aid meets the real needs of the people. In our September “Root Causes” zoom call, COFOA joined allies in Central America, Mexico and the United States building toward possible conversations on these topics if there is a new administration in January.

Cuyultitan residents gather for the candidate’s forum “Usually we just vote for a party, but…