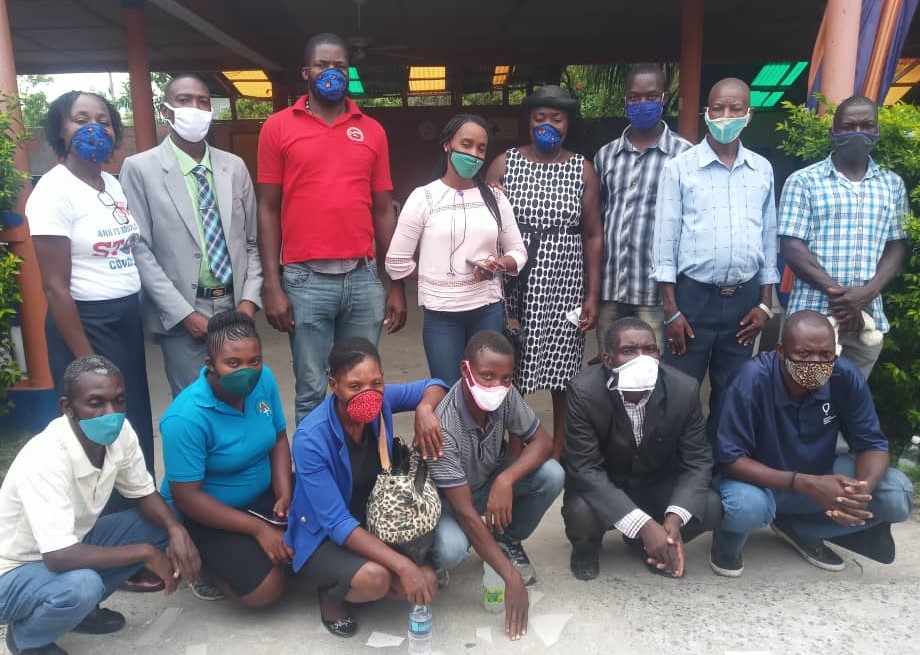 In Haiti, OPODNE leaders continue to support local efforts to sustain eight economic development cooperatives and three micro lending programs that provide a lifeline to increasingly marginalized families and they are initiating another round of local training sessions entitled, “Corruption is the enemy of development”. OPODNE sees these practices of economic self-sufficiency and political accountability as the model and platform for expansion into other departments in Haiti. Founded as the only democracy established from a successful slave uprising, democracy was re-affirmed in 90s with overwhelming support by grass roots organizing directed by our own Francois Pierre Louis.

The entire history of Haiti is one of foreign intervention, where the United States has largely defined political and economic outcomes. As we learned from Fritz Jean, former Haiti Prime Minister and OPODNE ally, in our July “Organizing in Haiti in a time of crisis, Part 2” zoom call, the political and economic situation in Haiti is in crisis. Haiti’s President, Jovenel Moïse, with the support of the United States government has governed by decree for over a year. Elections for mayors and national legislators are supposed to take place early next year, but there is no trust that will be free and fair. Haiti’s government is heavily dependent on outside aid. Sixty-five percent of Haiti’s budget comes from international sources. Yet almost none reaches people who are in greatest need.

Re-establishing democracy and economic opportunity will require a two-pronged effort: grassroots organizing in Haiti AND organizing in the United States to change policy toward Haiti.  To reclaim Haiti’s heritage, FIA International plans to expand its faith-rooted organizing base to hold government accountable in Haiti, and organizing to connect Haitian diaspora to FIA affiliates to influence United States policy to better meet the needs of Haiti. We need your support.