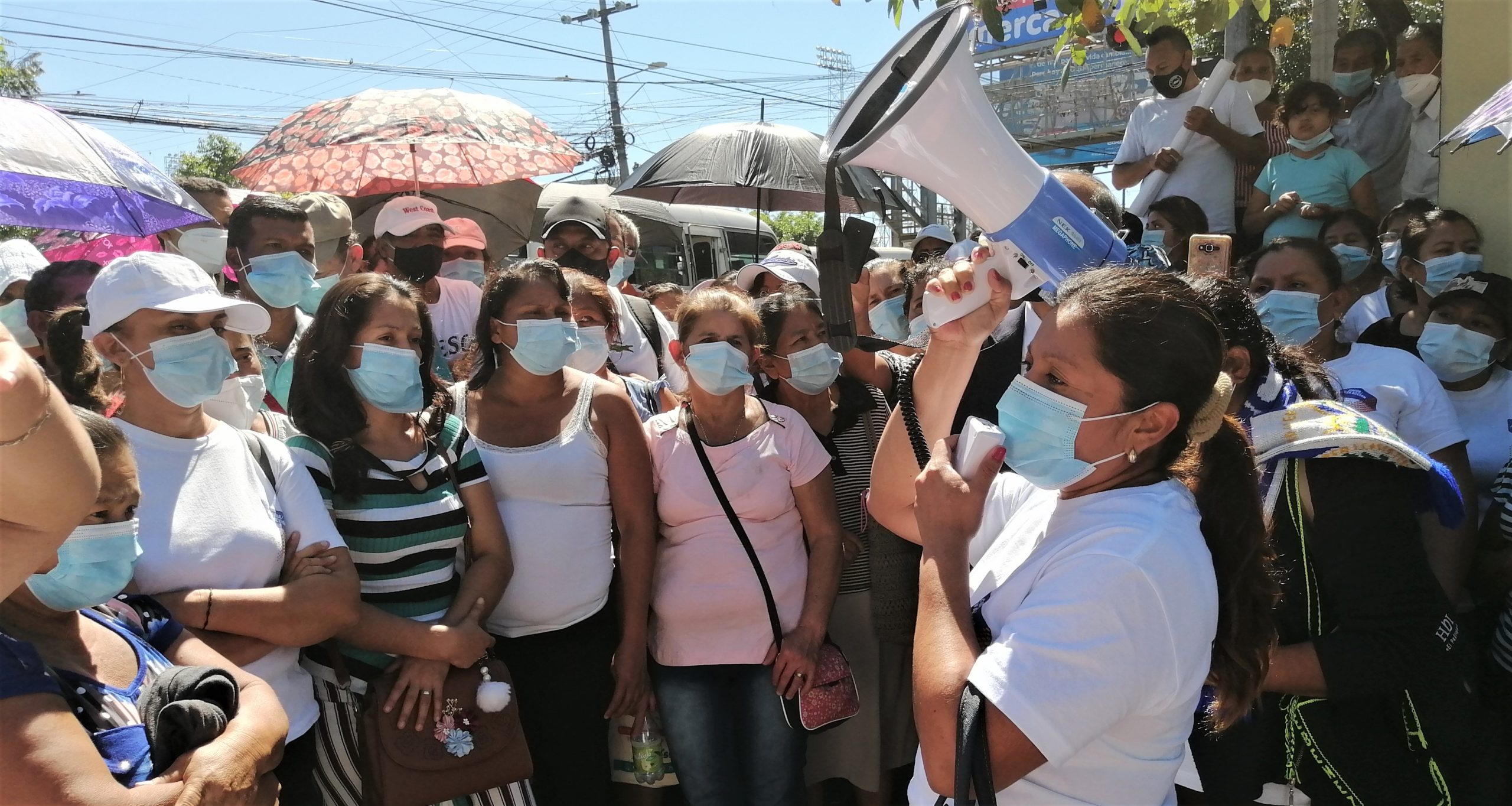 In the past two months, hundreds of COFOA leaders have participated in media events, meetings and protests to press developers and government officials. These RENACER Campaign actions are aimed at passing national legislation that would require developers to do the right thing and register legal property titles for more than 350,000 families who paid for their homes, but don’t have deeds registered with the national government.  Negotiations with one of the largest developers, ARGOZ, are making progress. Many families are now getting the documents needed to claim full ownership of their properties. With legal titles, homeowners can pass property on to their children, sell it or use it as capital for other investments.

In addition, COFOA leaders have been meeting with mayors from municipalities in four departments, securing signed commitments for needed public improvements including roads, bridges, water systems and sanitation program. Because of recent municipal elections, many new mayors were elected so COFOA leaders will work to reaffirm previous commitments.

Due to these success, COFOA is expanding rapidly, initiating organizing in three new departments since the beginning of the year.  COFOA is now working in seven of the 14 departments in El Salvador. They anticipate work in at least 10 departments by the end of the year.

2018 Year in Review: COFOA – the Faith in Action Project in Central America

“We have been fighting for many years for legal deeds to our property. Thanks to…