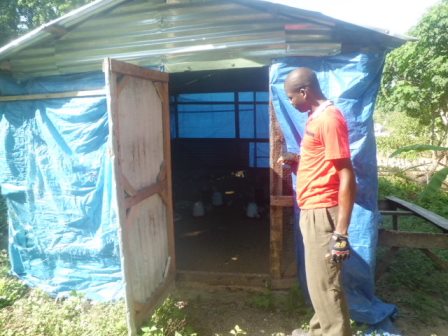 Grand Bassin OPODNE leaders numbering at 75 have begun a successful chicken cooperative, selling their first 200 chickens.  These sales generated a growing demand for more chickens.  Co-op members re-invested some of their profits to build new pens on land secured in negotiations with the local mayor.  All of this grew out of the listening campaign where leaders heard many stories from farmers in the area about the devastation caused by prolonged drought.  They heard from teachers that too many children were suffering from malnutrition.

The chicken co-op was formed as an alternative to the usual response to these hardships: farmers would cut trees to make and sell charcoal, compromising the environment, or they would move to the Dominican Republic or Cap Haitien. Now these farmers are developing a more sustainable economy, preserving the environment and, most importantly, feeding their children and families.

Can the OPODNE faith based organizing experiment in Haiti model the conditions needed to make a second revolution possible?