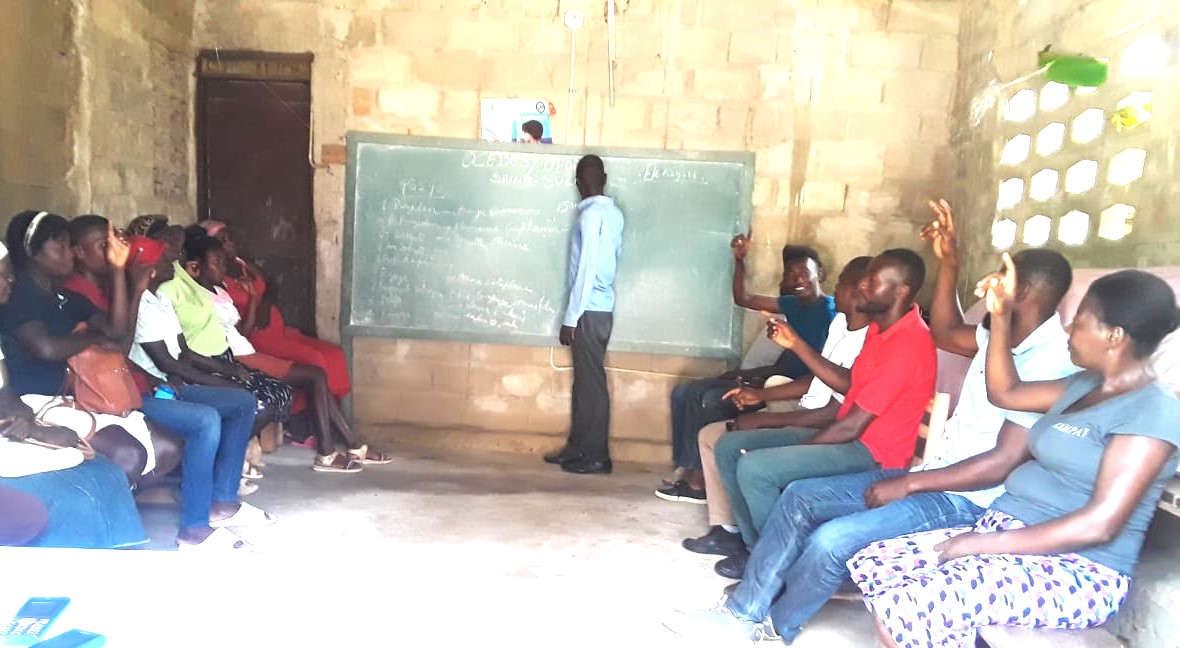 “Don’t vote for people who won’t give you power to take care of yourself. This is the theme for our upcoming general assembly ” – Florcie Tyrell, OPODNE Executive Director

Despite severe food scarcity, OPODNE leaders don’t want food-aid, they want help so farmers grow enough to feed their families and communities. In July and August, OPODNE leaders will convene hundreds of small farmers in 22 communities to report on the findings gathered in face-to-face meetings where over 2,000 farmers shared what kind of support they need to survive and prosper.  At these meetings, farmers will select priorities from the list of needs that include tool banks to reduce cost of farm tools, access to small loans, advice from agronomists on how to adapt the crops to drought and climate change, better irrigation, and improved roads to get their products to market. Haiti’s political crisis has left local and regional governments without resources or permanent leadership.

One of the few sources of support are USAID programs that are largely shaped in Washington DC or the field office in Port Au Prince. In June, OPODNE leaders met with USAID field office lead, James Wooley and other team members to press them to tap into the knowledge and experience of OPODNE organized farmers and to partner on future efforts. At the request of USAID, OPODNE provided a list of 19 tools that could be added to tool banks and accessed by local farmers at significantly reduced cost.

On August 20, OPODNE will hold their general assembly where 300 leaders will ratify a policy agenda for strengthening agriculture in their region and present their plan to USAID, NGOs and local government officials. Faith in Action will continue to support OPODNE by pressing foreign development agencies to listen to the wisdom of local leaders and invest funds in local priorities. As part of the assembly agenda, OPODNE affiliates are now electing their representatives to the OPODNE board. Demonstrating their desire to have a voice in their own future, as many a 250 people are attending meetings to elect their representatives.

We are also pleased to report that Archbishop Saturne from Cap Haitian Diocese has invited OPODNE to begin organizing in the North Department.

In the past two months, leaders have organized communities to repair the road to the…

As Haitian-American faith communities representing many of the more than one-million Haitians in the U.S.…

On May 22, the community of Nyarubuye joined government officials to dance and celebrate the…