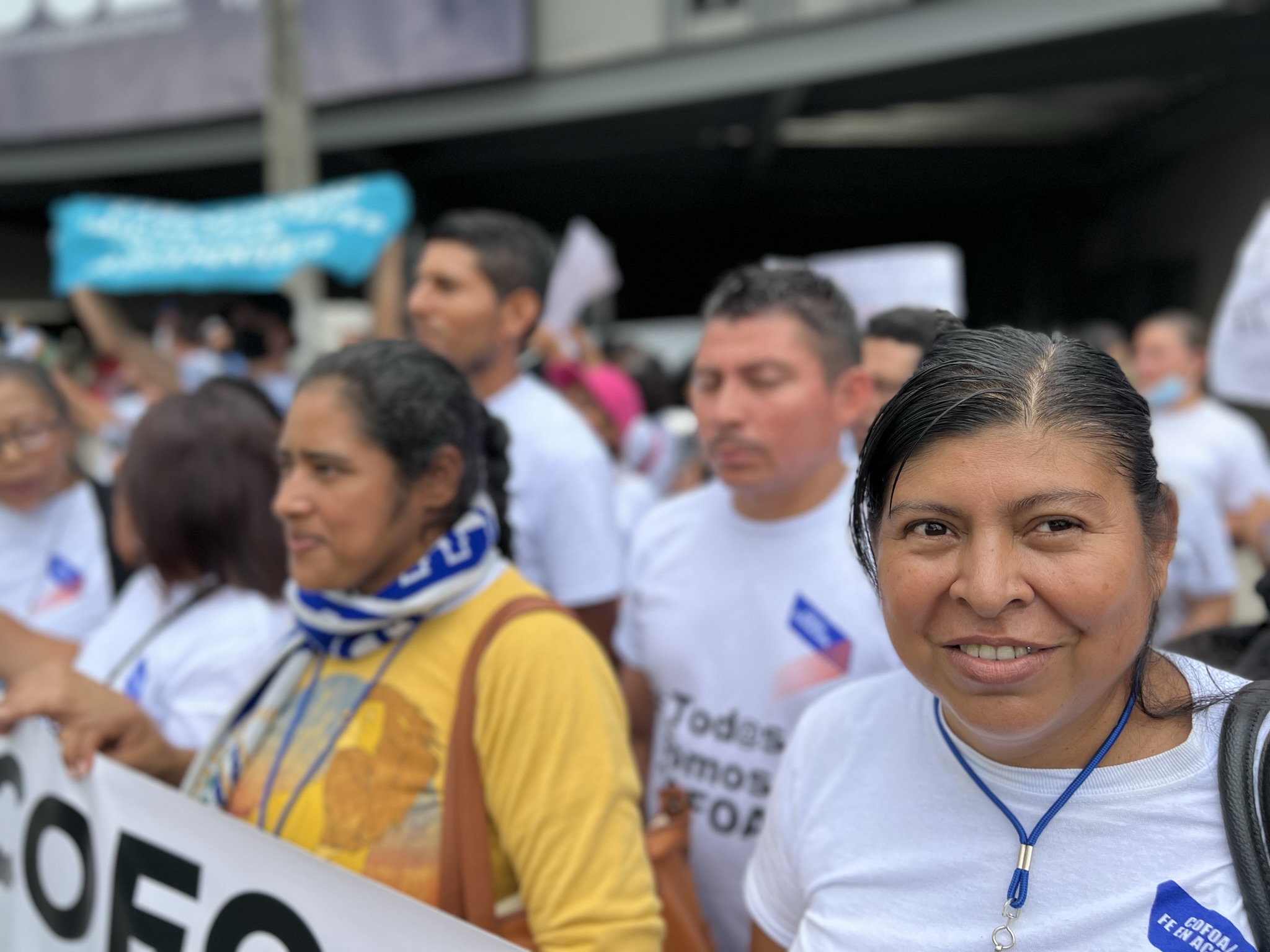 “We are not going to stop until they deliver the deeds”, said Heidi de Henriquez.

In September. 800 leaders of the Communities of Faith Organized in Action (COFOA), from ten departments, gathered outside the Ministry of Housing offices to demand that the process to legalize property deeds for thousands of families be expedited.

In January, the Minister of Housing, Michele Sol, created a Technical Table at COFOA’s demand to coordinate government departments to achieve this goal. However, six months later, only one of sixty subdivisions has obtained deeds.

“We see that the progress at the technical table is quite weak,” said COFOA leader, Heidi de Henríquez. “We are concerned because we urgently need to see more positive results.” Andrés Mendez, another COFOA leader in Berlin, Usulután, explained that the affected families have been waiting for a response from the authorities for more than 30 years.

Given the lack of results, the leaders delivered a letter addressed to the Minister of Housing to demand that the process of title deeds for the subdivisions be expedited. They also pointed out the need to approve a better version of the Lotification Law for Residential Use.

“The law that Bukele proposed through the minister does not set dates, does not impose sanctions for the developers who do not comply with the law. We need it to be clear and that the developers be punished if they break the law and do not give deeds, ” said COFOA Director Alberto Velazquez.

Later this month, COFOA leaders will celebrate this work for land rights and fifteen years securing water access, and local investment for thousands of Salvadoran families. They will be joined by leaders from newly established COFOA organizations in Guatemala and Honduras.