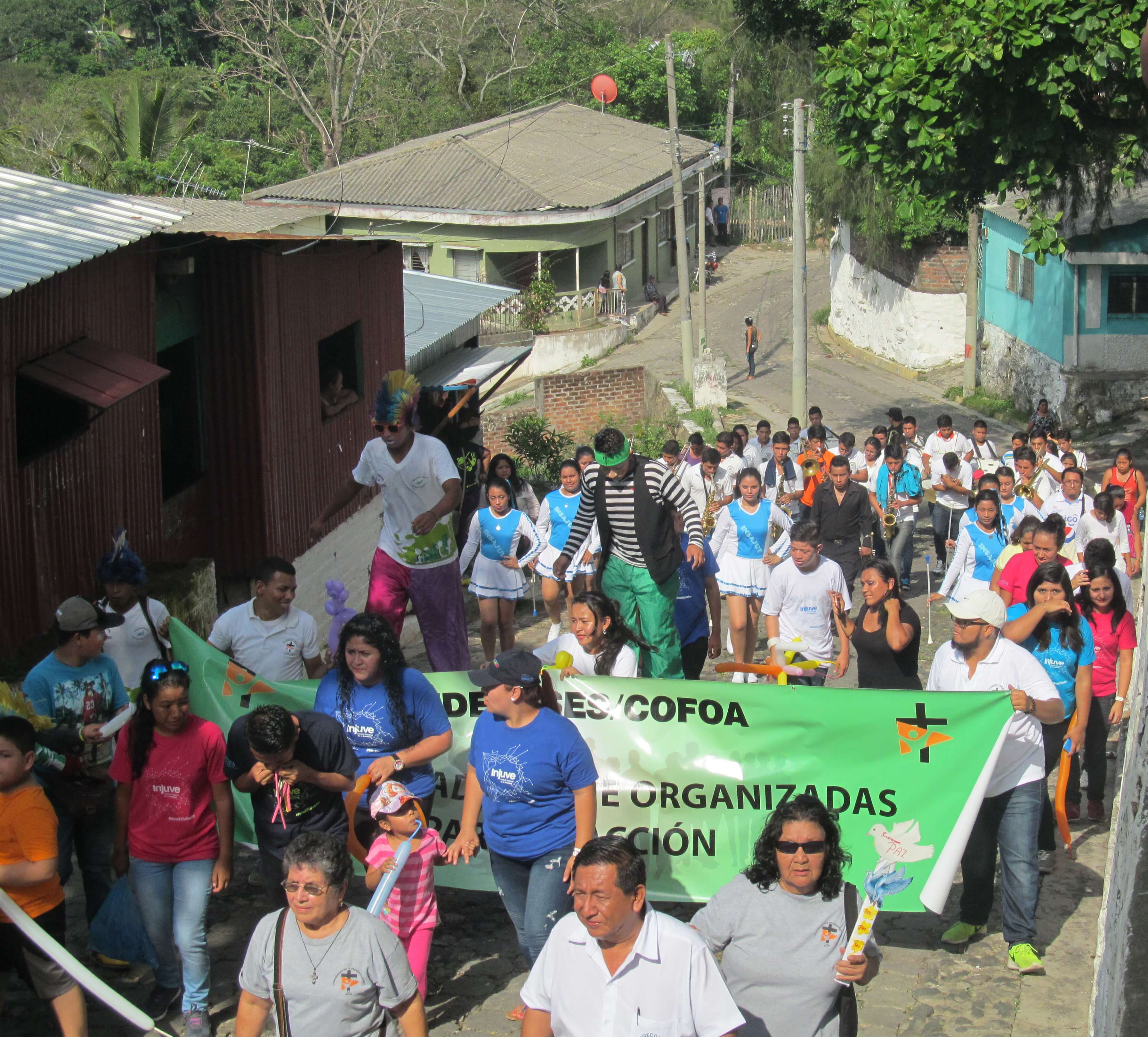 In San Juan Tepezontes, 300 people came together with public officials to celebrate three years of work to support youth and engage residents in conversation and decisions to build a safe, healthy community.

COFOA leaders have put in place an ongoing structure called The Dialogue and Strategy Table to identify needs and bring together all the major players – churches, community groups, the mayor, schools, police, judges, youth groups, sport teams, health agencies, etc. – to commit their resources and coordinate activities aimed at building a healthy, safe community. Casa de Encuentro Juvenil, celebrating its third anniversary, has played a central role in supporting young people, whose future is the real measure of this work.

COFOA leaders are convinced that dialogue and negotiation is the best way to build democracy in the country and to bring people together to improve their own communities. It is their vision to implement this strategy across the entire La Paz Department.

OPODNE leaders gather to report on progress and plan their future

A report from the Faith in Action delegation to Haiti

Father John, Ron, Francois and all the OPODNE leaders: I would like to thank Father John…

COFOA leaders in Soyopango choose water as their most urgent need

El Salvador: COFOA leaders in Soyopango choose water as their most urgent need. More than…