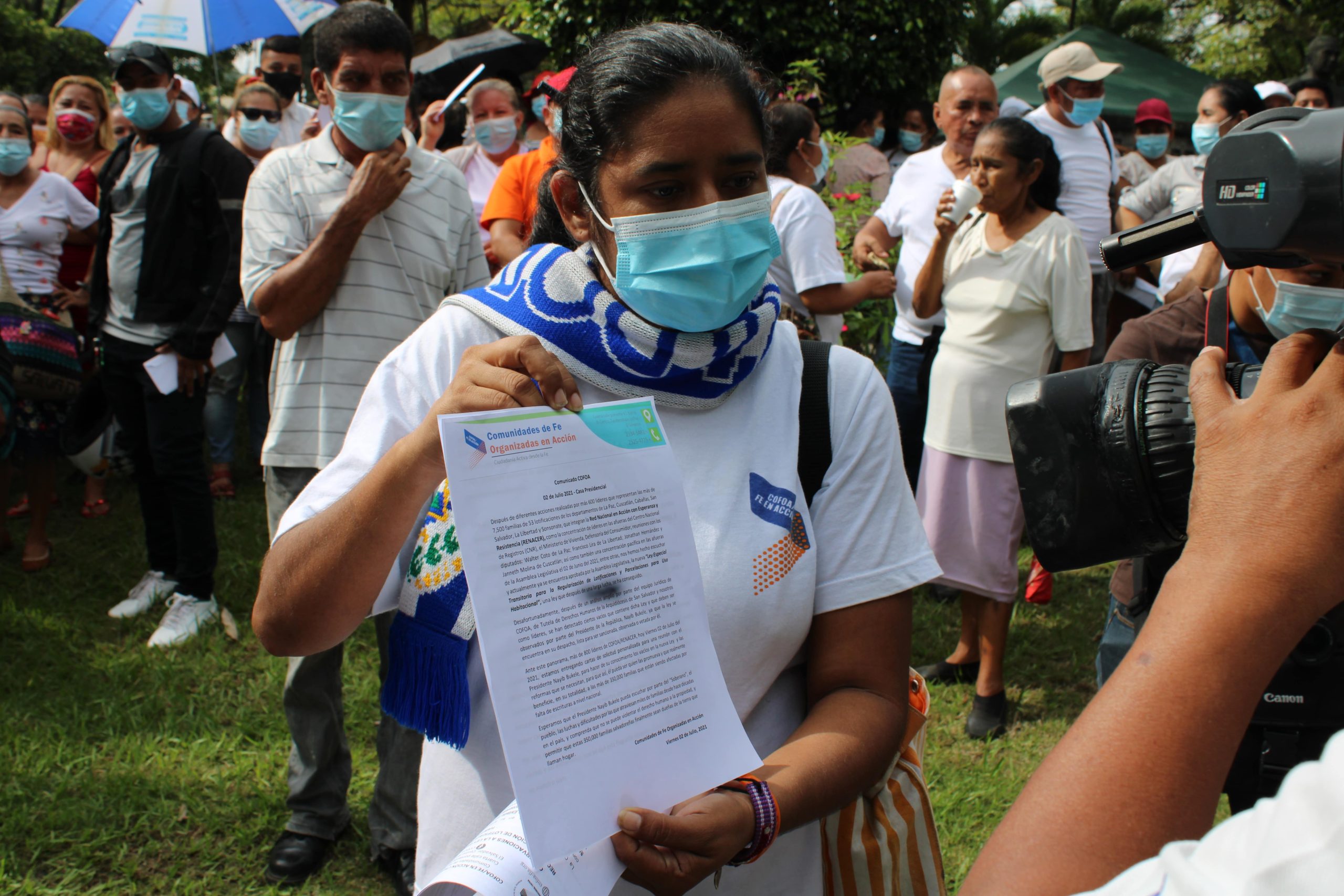 “We presented the letters from each of our families who are directly affected by this problem of unregistered deeds to President Bukele who says he represents the sovereign people of El Salvador. We are waiting for his response.” Heydi Zelaya, COFOA leader

In response to COFOA’s RENACER campaign, the national Legislative Assembly unanimously  (82-0 vote) passed a new “Law for Developments and Lots for Housing Use” on June 22. Over the past three months, hundreds of COFOA leaders organized demonstrations at the national parliament and regional government offices demanding justice for the 350,000 families who have bought and paid for their properties but don’t have a legal deed registered with the government. When leaders learned this law is severely flawed, 800 leaders held a press conference and delivered individual letters from RENACER families to Salvadoran President Bukele asking for his intervention to fix those flaws. They are awaiting his response. Click here to read more about the history of the RENACER campaign.

Because of this campaign, COFOA is gaining national attention. COFOA is expanding rapidly and is now working in eight of the 14 departments in El Salvador. They anticipate work in at least 10 departments and a relaunch of organizing in Guatemala and Honduras by the end of the year.