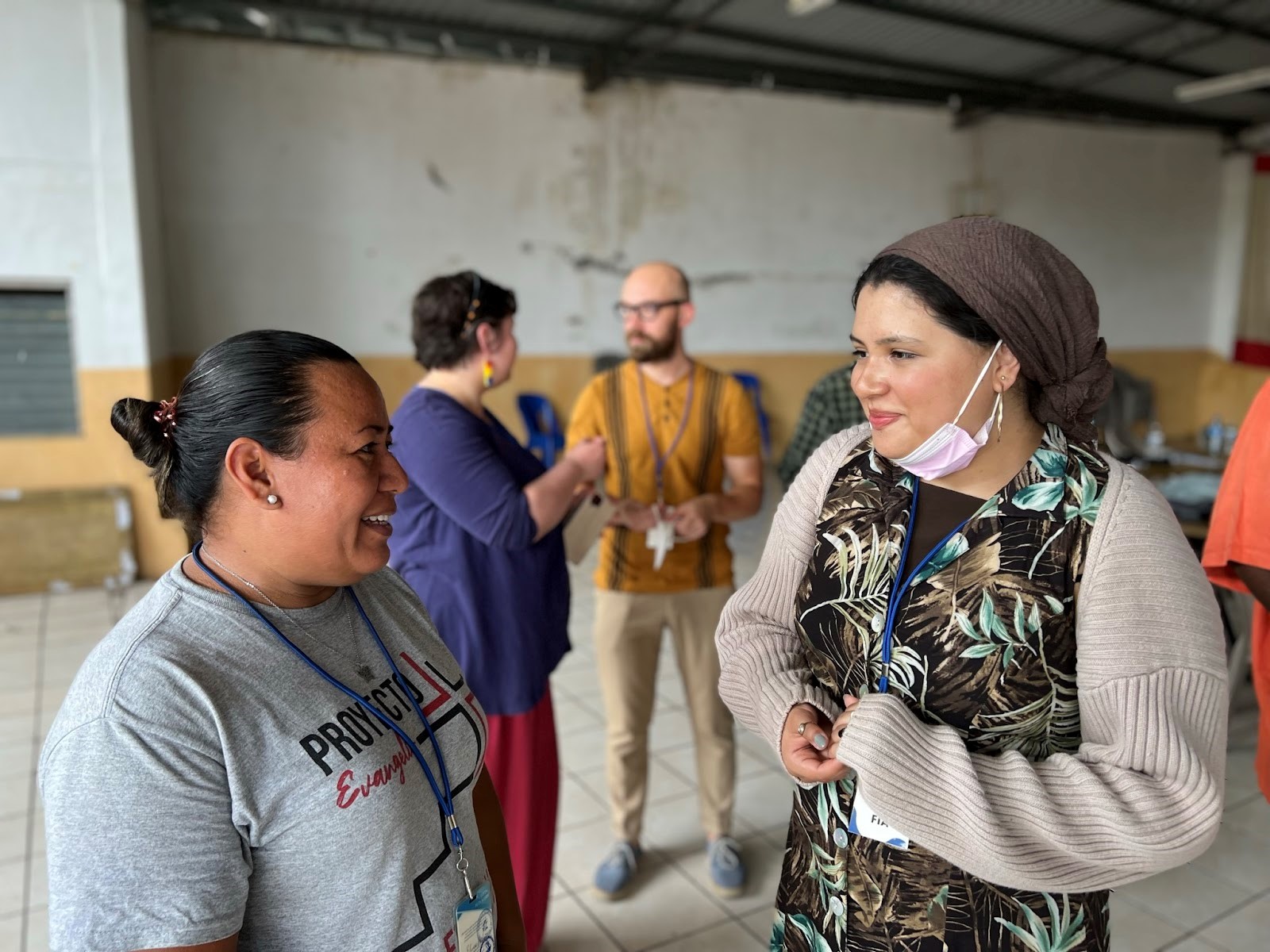 Twenty grassroots leaders, clergy, and organizers from six countries traveled to El Salvador in May to see firsthand how COFOA has grown during the last four years. Over and over, we heard people stand up and identify themselves as leaders in COFOA, describe where their team is in the cycle of organizing, and what issues they are working to address, including access to water, land titles, and health clinics, and schools. COFOA leaders and staff updated us on their multi-year campaign to win land titles for 350,000 families, where they are currently sitting at a technical table with the Housing Minister and senior staff from other agencies to resolve the titles of families in the 58 sub-divisions where COFOA is organizing. In total, more than 3,600 grassroots leaders are participating in teams in 120 communities across the country. While the delegation was visiting, we observed a public event in San Salvador, where 800 people gathered to deliver letters from 7,900 COFOA leaders asking the Department of Municipal Works to invest tax funds earmarked for community development into specific projects in their communities.