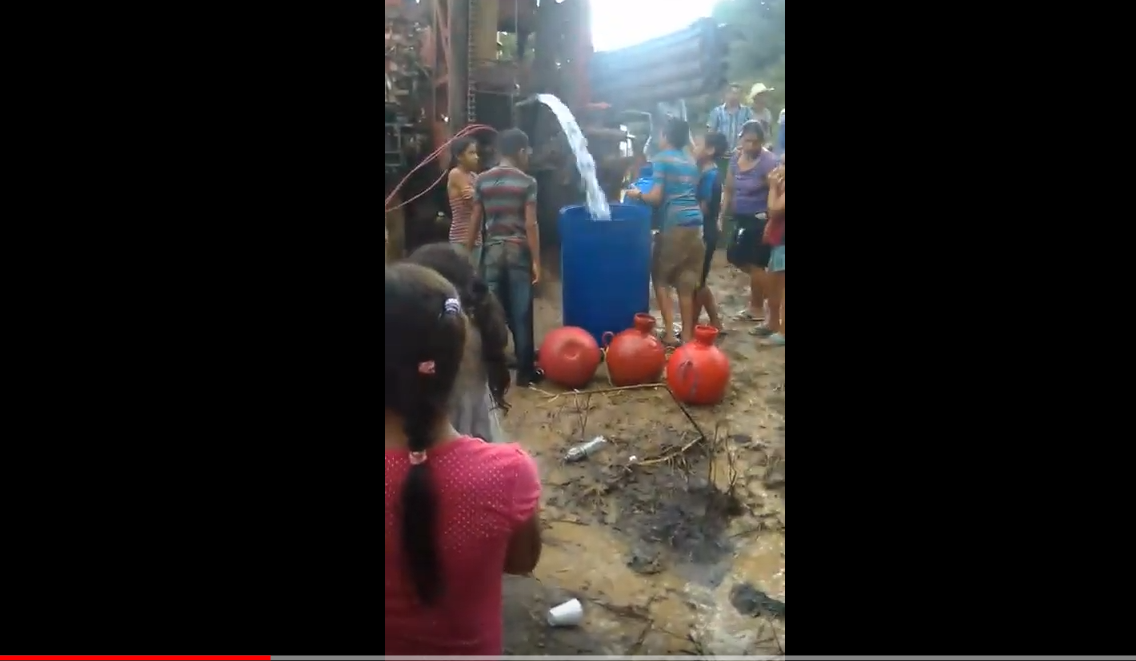 See how six hundred families from two rural communities in San Juan Opico are celebrating because they have clean water for the first time. Supported by COFOA, leaders organized a legal cooperative; contributed $14,000 of their own money; and negotiated with the mayor for and equal amount to drill the well that began pumping water in mid-January. Twelve hundred families from three other rural San Juan Opico communities are in the midst of the same process and expect to celebrate next month when their wells are opened. Lack of clean water is a wide-spread problem in El Salvador. In Soyapango, existing wells have been capped so that people get water only once every nine days. They met with the mayor and demonstrated in front of the national water company demanding service. COFOA communities organizing to secure their land titles also lack water because the development companies failed to provide required water service. Many people must pay $2 a day to buy water to drink, cook and wash their clothes.  COFOA offers a unique approach by working with communities to secure local access while joining larger coalitions to press for a national water law to prevent privatization.

MERRY CHRISTMAS AND THANK YOU

At Christmas time, many of us tell children the story of Jesus’ birth - the…

Honor Mother’s Day by making a donation to support the unstoppable women in El Salvador, Rwanda and Haiti grow their work

El Salvador: Over lunch, COFOA leaders reviewed bridge designs and announced they had identified the…