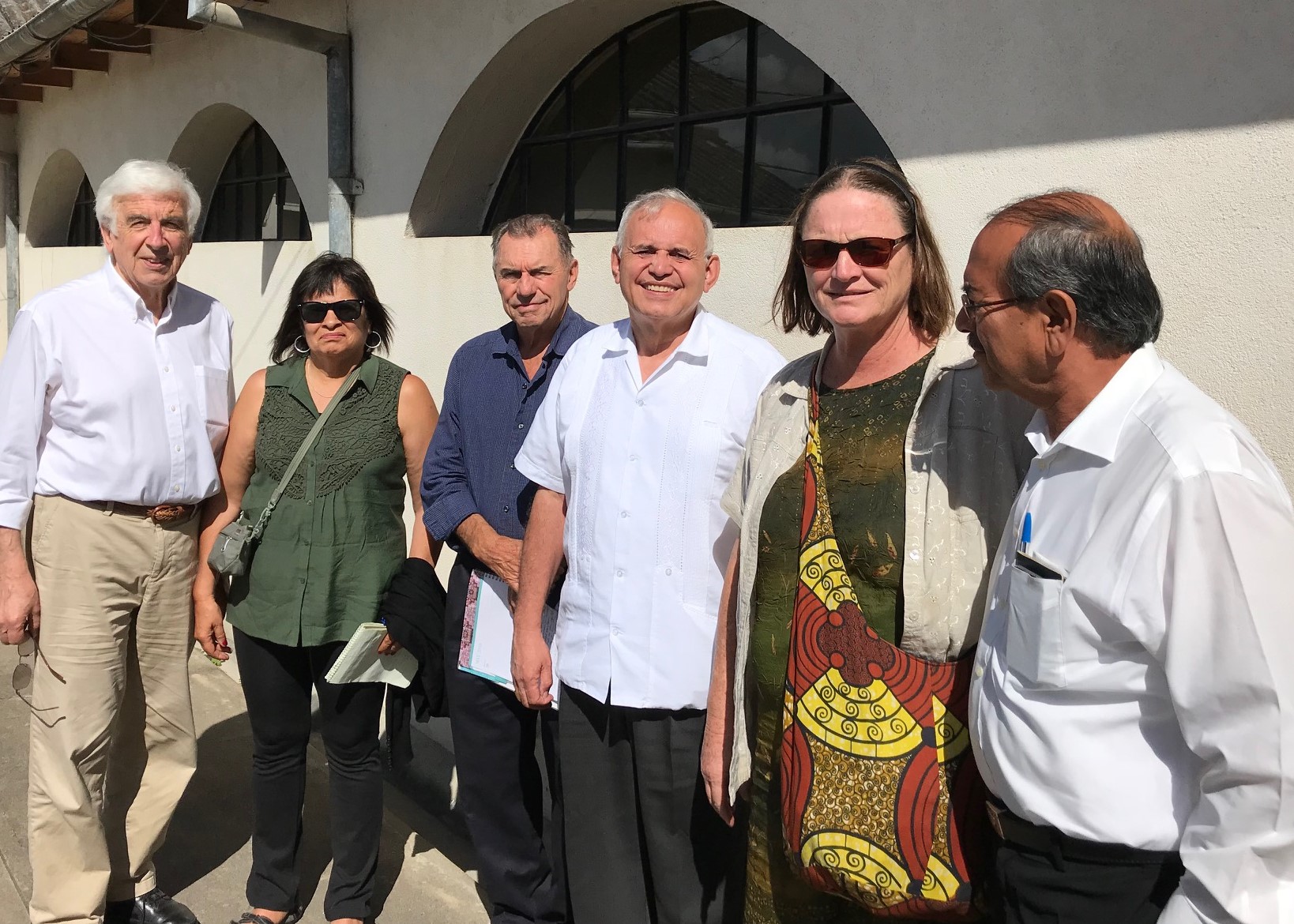 In July, the Faith in Action delegation met with Bishop Alvaro Ramazzini from the Huehuetenango Diocese to explore re-starting organizing in Guatemala. Bishop Ramazzini has been a long time, prominent leader on issues critical to the poor and indigenous people of Guatemala. These include water, mining, and violence. He sees the Faith in Action model of organizing as an important tool in implementing the soon-to-be-released Pastoral Social Plan for the Catholic Church in Guatemala. He extended an invitation to Faith in Action representatives to meet with the council of bishops responsible for implementing this plan.

Bp. Ramazzini was a leader in the original group of Central American Bishops gathered by Cardinal Rodriguez who invited PICO/Faith in Action to initiate work there. The original vision was to launch organizing in all six countries in Central America. After starting in El Salvador in 2008, PICO/Faith in Action organizing was launched in Guatemala in the Diocese of Zacatecapez and leaders secured some significant local public improvements and improved safety. Unfortunately, we were unable to sustain and grow the effort due to lack of funding. The PICO delegation included Fr. John Baumann, Alberto Velasquez, Gordon Whitman, Julia Lerma, Patty Lawless, Ron Wolsfeld and Ron Snyder. Stay tuned for developments in Guatemala.