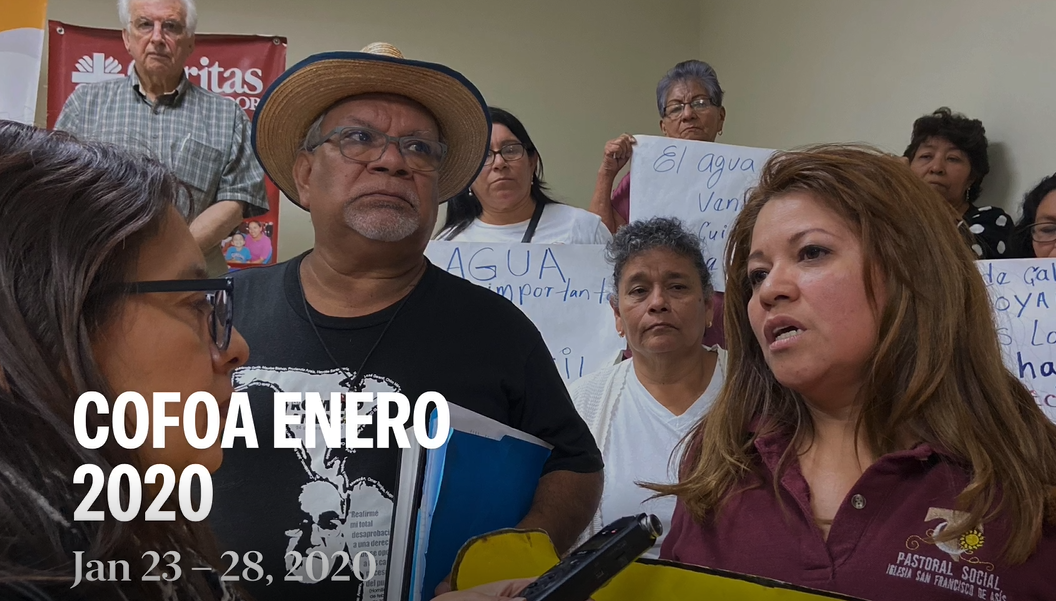 “We refuse to be stopped by the country-wide shut down or poor government leadership. We will fight until we have national laws protecting land rights and water for everyone.” – Karla Arevinar, COFOA organizer

COFOA leaders sustained their organizing effort through a rigid quarantine to secure clean water for families in urban Soyapango as well as four rural communities. As they outreach in new communities in the six department where they work, access to water is a top priority. They will not stop until they have helped secure as national law preventing the privatization of water and a constitutional amendment guaranteeing water as a human right. Click here to support Karla and COFOA.

Since COFOA was founded 13 years ago, leaders have secured improvements valued at more than $20 million, including construction of roads, parks, and bridges; obtaining legal deeds; and securing access to clean water for thousands of families. COFOA is now launching new grassroots effort in Guatemala and Honduras and will not stop until they can join allies and address the root causes of forced migration.

PICO Leaders Join Caravan for Peace, Life & Justice with Message to UN: Stop the War on Drugs—It is Killing Us

An Evening with Pr. John Rutsinditwarane

Everyone needs clean water during this public health crisis. Poor communities are at great risk…