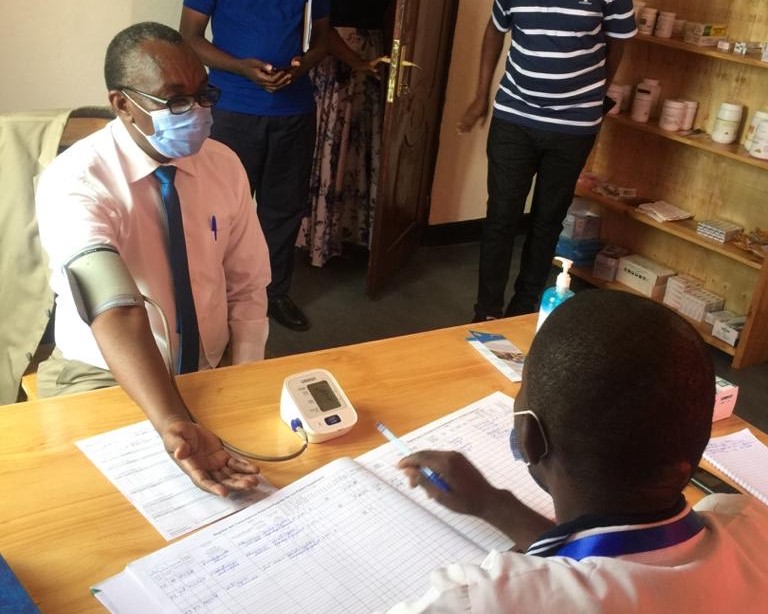 When Ezra Nkubana was diagnosed with COVID, he was fortunate to be treated in a health center built through an organizing campaign he helped lead a decade ago.

The Mumeya clinic was the first example of a Rwandan government planning decision made in response to local pressure. It now functions as a 38-room hospital, providing preventive and acute care, pharmacy services, health education, and testing to more than 32,000 people. While residents built the clinic with their own hands, public funds cover operating costs, bringing an estimated $60,000 into the community each year, along with dozens of jobs. Small shops, new homes, and a community center have mushroomed up around the isolated hill on which the clinic was built. Community leaders planted 2,500 trees, built six classrooms, and won new roads, a water system, and electric lines that connect people from ten villages.

Building community in post-genocide Rwanda helped Ezra, Specioza, Poline and other Mumeya leaders see their own power and trust their neighbors. They’ve shared their experiences with other grassroots leaders, inspiring organizing in six other communities across Rwanda. Government supports decentralization and is learning from PICO Rwanda how it works. The mayor of Kirehe asked Mumeya leaders to train sector leaders throughout the district to utilize the PICO model to unleash the energy of local communities. The former Minister of Health asked PICO Rwanda to organized communities to build the clinic needed to undergird a model community public health system.

This story is being repeated across Rwanda. One hundred twenty leaders organized COVID-19 prevention campaigns that engaged 85,000 people in 40 villages. In the midst of the pandemic, they organized labor to build the new clinic in Nyarubuye, two new schools in Cihya, and a new water system in Nyange. The deeper transformation happening with individuals and in communities cannot be estimated.

PICO Rwanda now works in six rural and urban regions. It will not stop until community leaders throughout Rwanda have the skills to organize their own labor and financial resources and leverage the support of the Rwandan government to meet the needs of their people. Conversations are also underway with faith leaders from diverse faith backgrounds in Ghana, Tanzania, Kenya and South Africa to launch similar efforts based on this model of faith-rooted organizing.

Mumeya leaders are also teaching municipal officials how to engage residents in development. They’re changing how Rwanda works by demonstrating the power of bottom up community-led change in a country where government planning has been top-down.

When Ezra left the health center after recovering from COVID, he returned to a community transformed by his labors. Donations from supporters in the U.S. have made it possible for Ezra and his neighbors to leverage more than $1.7 million in life-saving and life-improving investments.

Meet Pastor John, Up Close and Personal: Learn About His Unique Work in Rwanda.

Once you meet Pr. John you will never forget him. Humble and self-effacing, he tells…

Nyange leaders, mostly women, have cleared the land, made bricks, and baked roofing tiles for…