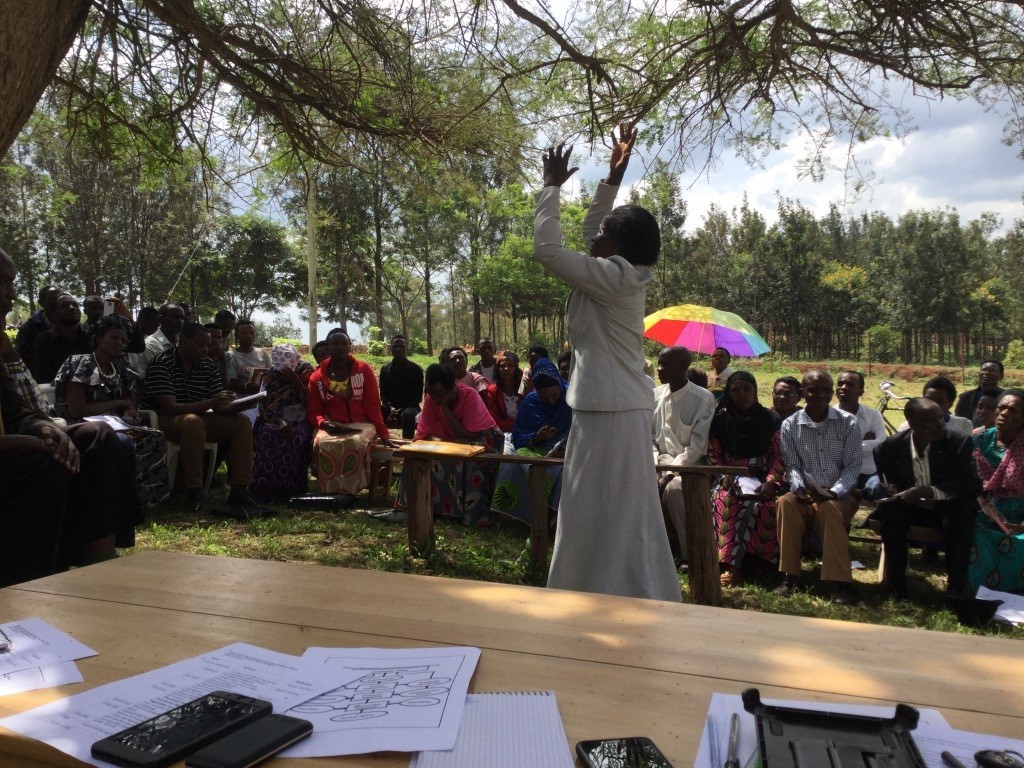 “We need many more leaders like Ezra and Specioza.”– Mayor of Kirehe, Mr. Muzungu Gerald.

After Pastor John and Fr. Innocent launched a leader organizer program at the beginning of the year, six leaders have taken the ball and are running with it. Ezra Nkubana Ngerageze Straton, Poline Usabyeneza, Specioza Dusengimana, Jackie, and Malindogo Jean Bosco have agreed to recruit and develop leaders from villages around Mumeya and Rusumo.  They will help them research and identify solutions to community issues in the Rwandan religious and political context. These leaders conducted a training in March for 130 community, religious and government leaders including the Mayor of Kirehe. This effort kicked off productive community organizing efforts to build schools in Mumeya and Cihya and a water project in Rusumo. “We need many more leaders like Ezra and Specioza.”- remarked Mayor of Kirehe, Muzungu Gerald.

In 2022, PICO Rwanda leaders from seven districts applied their learning and experience to protect…

“Nyarubuye was devastated by the genocide twenty-eight years ago. Now organizing is teaching us how…