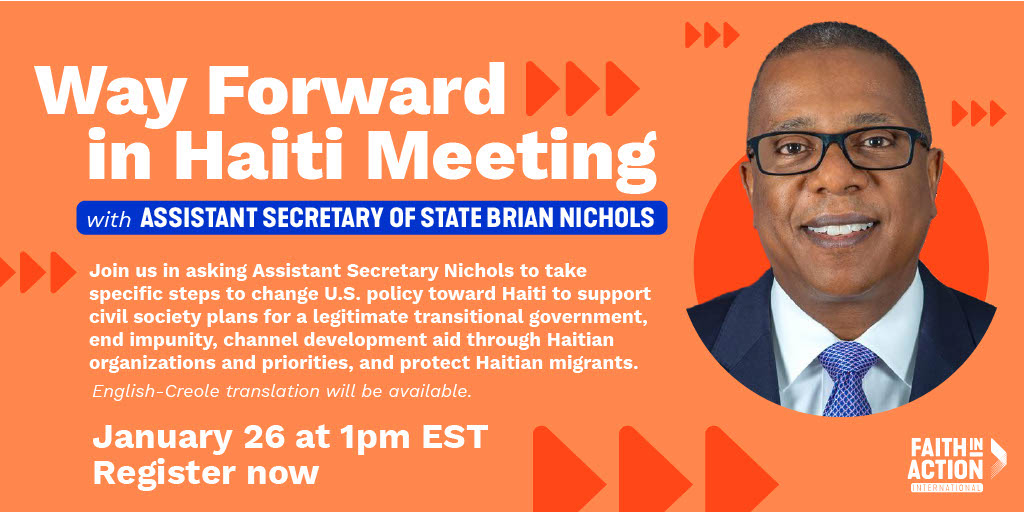 On January 26th, the Faith in Action International “A Way Forward in Haiti” steering committee held a discussion with U.S. Assistant Secretary of State, Brian Nichols. You can listen here to his response to the following Haiti policy ideas presented by the Way Forward in Haiti National Steering Committee

A Way Forward in HaitiFaith in Action InternationalHaitiOPODNE
Related Posts

Cholera has already killed more than 10 people in Mombin Crochu. As the OPODNE organizing…

Special Update on our work in Haiti

As we all try to process the assassination of Jovenel Moïse in Haiti, we wanted…

“I am amazed at the progress I am seeing in my community. Twenty-five years ago,…