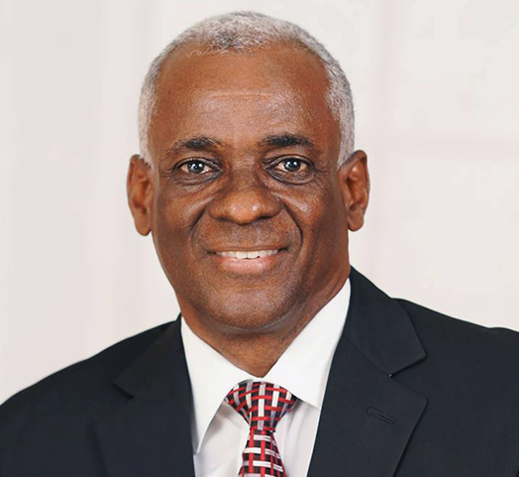 Round table on Wednesday, November 17, 2021 organized by videoconference by the Faith in Action International Network

Statement by Senator Edgard Leblanc Fils in response to the following three (3) questions presented by the Rev. Father Yves GEFFRARD:

I thank “the Faith in Action International Network” for the honor of inviting me to this important videoconference meeting on the Haitian crisis as a signatory to the August 30 Agreement called the Montana Agreement for a Haitian solution to the deep, multidimensional crisis the country is experiencing. I salute the eminent personalities: Haitian and American religious and civil society leaders, members of the American Congress and their staff participating in this round table.

Yesterday, Tuesday 16 November, the Monitoring Office of the 30 August Agreement (BSA) gave a press conference to present the progress of the Commission’s work and to submit to the public a first list of 25 delegates, representatives of different sectors of national life, signatories to the Agreement, to form the National Transitional Council (CNT), a key body responsible for appointing an interim President and Prime Minister to fill the gap according to predefined selection criteria institutional head of state.

To date, Nine Hundred and Twenty-One (921) organizations and personalities from the interior and diaspora endorse, support the Montana Agreement, including eighty-five (85) political organizations, one hundred and five (105) grassroots organizations, four hundred and eighteen (418) civil society organizations and three hundred and thirteen (313) individual signatories including electronically. Sustained, very serious exchanges are underway with four (4) private business organizations; the university sector through the Council of the State University of Haiti (UEH); the hierarchy of the Catholic Church to at least get their moral support. The Montana Agreement has broad public support. Therefore, the Commission or the Monitoring Office is under strong pressure to accelerate the process of forming the CNT and presenting the bicephalous alternative to the current very poor governance of state affairs. Because the country is dying: state officials are eclipsed by the boldness of armed gangs that occupy almost the entire territory of the Port-au-Prince metropolitan area, defying the police, judicial and political authorities with impunity.

This determination to seek and find, through consultation mechanisms, consensus proposals, a Haitian solution to the crisis, manifested by a large portion of the population, is explained by the fact that the proposals suggested or imposed so far to solve the Haitian problem (s) too often respond to foreign and / or special interests, and prove detrimental to the well-being of the population, to the progress of the nation, to the development of the country. Therefore, the Haitian people and in the framework of the Agreement, the signatories in general take note of the repeated statements of important personalities of the American Administration to refer for any solution to the crisis to the reflections and actions of the Haitians themselves. Even that is, not to impose their position. This is the great support that can come from the US Administration for a final resolution of the crisis. Unequivocal support for the approach of the Commission or the Monitoring Office as if to confirm this new direction of US policy towards Haiti would encourage other hesitant or skeptical sectors to support the implementation of the provisions of the Agreement and facilitate a guaranteed solution to the crisis.

U.S. lawmakers gathered primarily in the “Haiti Caucus Group” support the agreement, show great interest in the Haitian cause. Their advocacy with other members of Congress but especially with decision makers in the Biden Administration is of great importance. The moral support of the religious community in Haiti and abroad through any expression of interest in the signatories of the Montana Agreement would act as a catalyst in legitimizing the process of implementing the Accord. Finally, the diaspora is already directly involved in the implementation of the Agreement through representation in various mechanisms or structures of organizations in Europe, the United States, Canada that are signatories to the Agreement. Nevertheless, given their diversity and multiplicity, it is important to seek wider adherence to the Agreement within Haitian communities living abroad. The struggle of Haitians abroad for the defense of migrants’ rights and a redefinition of US policy towards Haiti is also an important support for the Agreement aimed at resolving the crisis once and for all.

The institutional vacuum at the head of the state contributes greatly to the deterioration of the secure environment in Haiti. The completion of the work of the Commission will help to restore state authority, enable security officials to better fulfill their role, regain the trust of citizens and thus disrupt armed gangs that are rampant in the capital. The resolution of the security crisis will certainly require the technical support of international cooperation to embrace it in all its components.