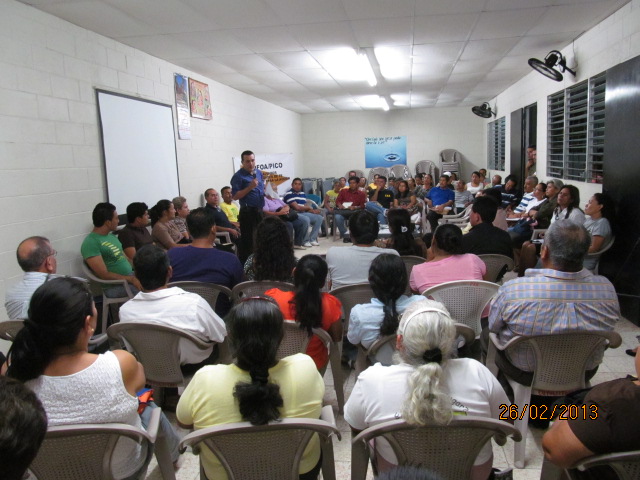 In February, COFOA Cuyultitan La Paz leaders followed up on their progress with the mayor and city council members in bringing safety to their community regarding their priorities: illegal sales of alcohol, safety and clean drinking water, all raised by the community at a candidates forum last year.

Sixty parish coordinators attended, along with 600 parishioners, and after the mayor’s report the microphone was open to discussion between attendees and the mayor about other issues affecting the community.  The mayor observed that he needs their help and is open to work closely with COFOA leaders.

COFOA leaders thanked the mayor for his willingness to attend the meeting. Leaders saw this as a successful follow-up where they received church recognition and continued building a positive relationship with the Cuyultitan mayor.

Community unites in Soypango to face challenges there

“I know that this community deals with violence; people have great needs; and poverty makes…