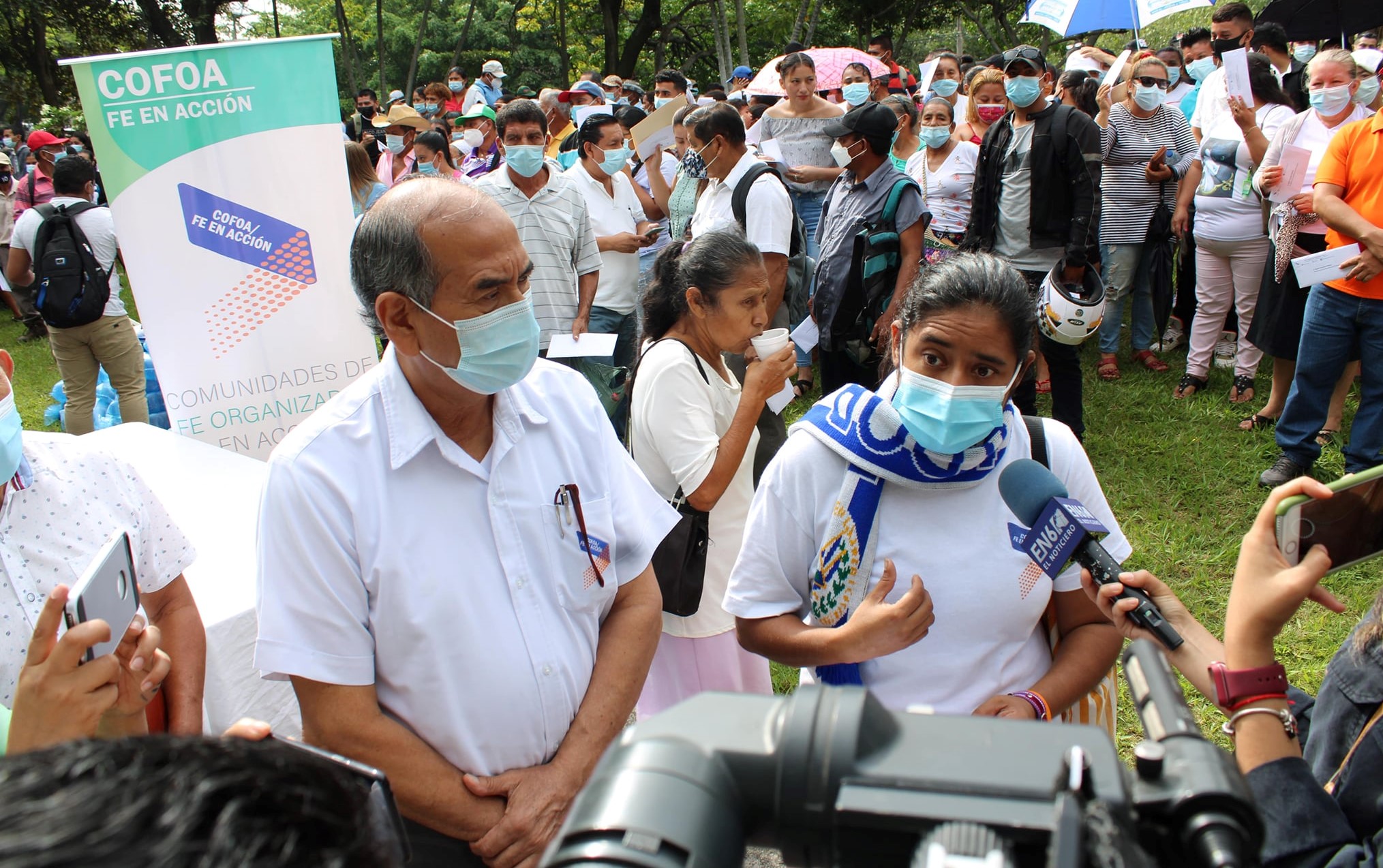 President Bukele’s actions do not bring any benefit for the poor, only for the rich. He needs to listen to the people. We need water, roads, and schools, not bitcoin.” – San Juan Opico Leader

COFOA is now organizing in 9 of 14 departments in El Salvador, with a staff of 17 people, and will soon have organizing teams in every department. As a result of  COFOA’s campaign to win legal property titles for 350,000 families, President Bukele and his New Ideas Party passed national land rights legislation. But the legislation is flawed, so COFOA is pressing the Minister of Housing, Michele Sol, to fix the law while also working with local mayors to gain their support and secure funding for water, roads, schools, and clinics. Funding for these development projects could come from USAID funds if properly directed.

In August, COFOA leaders and faith-based partner organizations met with USAID and four other U.S. embassy program directors to urge funding for local organizations rather than for-profit companies and international NGOs that deliver so little to communities ready to do their own development. Efforts similar to COFOA’s are also continuing in Guatemala and Honduras. Through the Root Causes Initiative, faith-based organizations are pushing the Biden/Harris Administration support local efforts to address the underlying conditions forcing people to migrate from Central America, rather than continuing to mistreat and deport refugees.  As one step, we have won inclusion of clean water as a priority in the Administration’s $4 billion plan for the region.