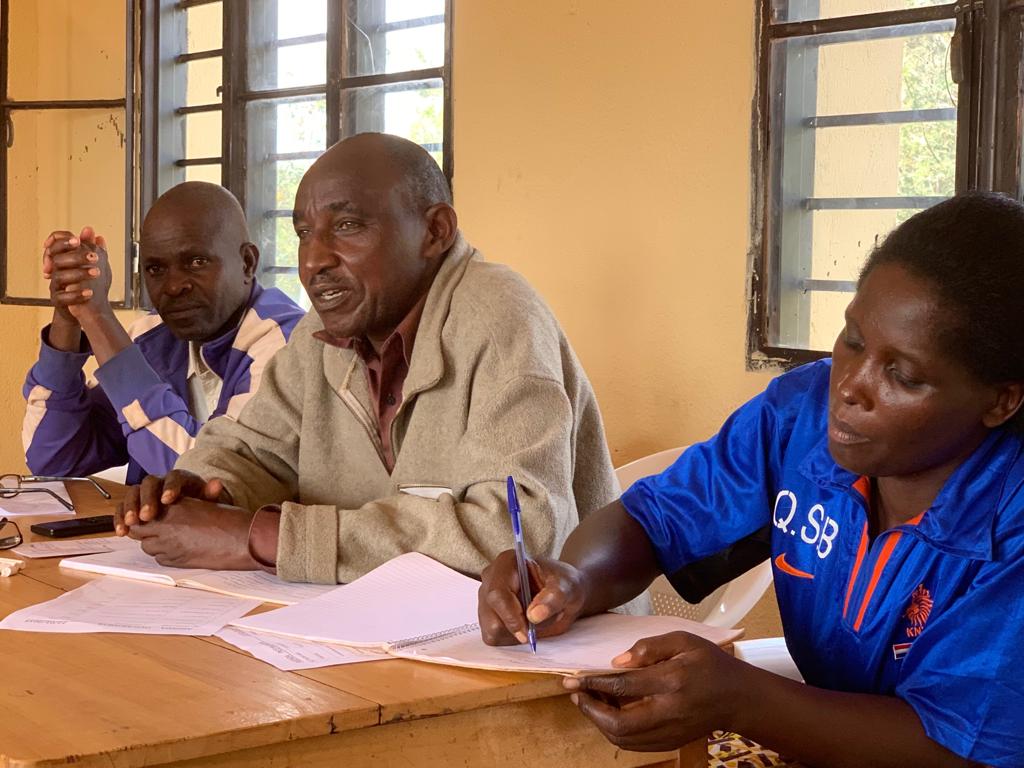 “I have dreamed about this day when ordinary people are training others to organize their own communities and make government officials accountable.”-  Pr. John, PICO Rwanda Executive Director

PICO Rwanda has a goal to organize across Rwanda and then in other African countries. Pastor John has long held the belief that to achieve this goal, ordinary people must lead the effort from the ground up. “Ordinary people will understand and undertake organizing if they see others like themselves do it. Too many times educated people come to local communities and have big ideas and make big promises, but people are left with nothing.”

After ten years of work, some significant steps are underway to support leaders as they become organizers. Late last year, leaders like Poline, Ezra, Specioza and Malindogo began training others.  They brought together one hundred twenty community, government, and church leaders for their first training session in rural Mumeya. The results were amazing. “I have never ever experienced such training where ordinary people mingle with the Mayor in the training led by ordinary persons. Back in my district, I see the Mayor leading meetings with high-ranking officials and business men … also, it’s my first time to see a Catholic priest working together with a Protestant pastor,” says a Nyamata leader.

In first three months of 2019, these leader-organizers have organized community meetings in villages around Mumeya and Rusumo. People in Cihya have organized their own labor and money to build an elementary school. People in Rusumo have secured pledges for labor and funds to complete a water project that will bring water to their clinic. Now meetings are being organized with government officials from the Kirehe district to present these pledges and secure commitments for additional funds needed to complete these projects. These PICO Rwanda leader organizers will conduct three leadership development sessions in the coming year where community, church and government leaders from around Rwanda and from other countries will be invited to learn from grassroots leaders how organizing can grow from the bottom up.

Twenty PICO staff, leaders and friends shared the incredible experience of learning from the staff,…

Rwanda is held up as a model of economic development and empowerment. That is true.…